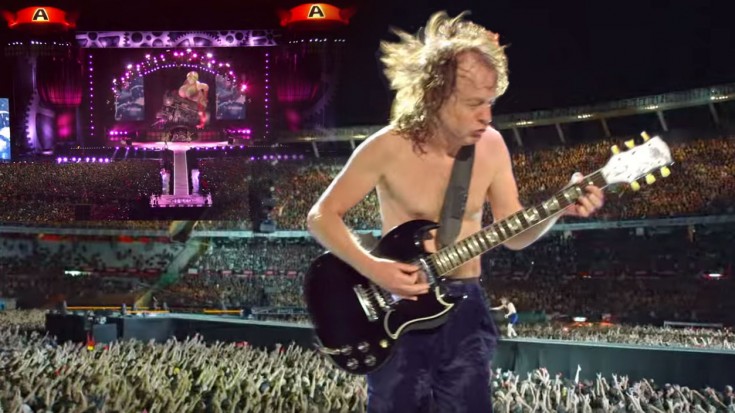 This Crowd Knows How To Rock!

“Whole Lotta Rosie” is about an obese woman from Tasmania that Bon Scott had a previous relationship with. Did you notice her measurements and weight in the lyrics (“Fourt’two thirt’ninefiftysix” and “Weighin’ in at nineteen stone”)? He met her backstage during a show in Melbourne, Australia.

The song’s main riff was also featured on an earlier recording with different lyrics, titled “Dirty Eyes”, which saw official release on Volts, part of the Bonfire box set. “Dirty Eyes” features a different chord progression in the chorus, as well as a slower tempo than “Rosie”.

Check out this live performance from AC/DC. They STILL rock harder than anyone in the entire planet! Look at that crowd — what a connection! Are they the best rock fans or what? They’re every musician’s dream! And Phil was on beast mode! Seriously, great music + great artists + great audience. What more can anyone ask for? Timeless!