AC/DC’s “Thunderstruck” Will Get You All Pumped Up 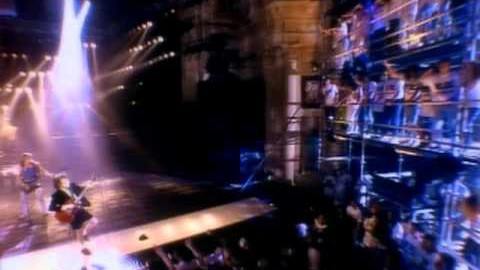 For Those About To Rock…

This is one of the reasons why we love classic rock. That intro will get us pumped up. We love how it builds anticipation. Warning though, if you play this so loud, your neighbors will either love you and show up on your front door or hate you and throw bricks at your window.

If anyone doesn’t like this, that’s a matter of poor taste. Lol. According to Angus Young in the liner notes of the re-released version of The Razors Edge:

“It started off from a little trick I had on guitar. I played it to Mal and he said ‘Oh, I’ve got a good rhythm idea that will sit well in the back.’ We built the song up from that. We fiddled about with it for a few months before everything fell into place. Lyrically, it was really just a case of finding a good title … We came up with this thunder thing and it seemed to have a good ring to it. AC/DC = Power. That’s the basic idea.”

Man, they were on fire!