AC/DC Rock Capital Centre With “Back In Black,” And Brian Johnson Is Electric 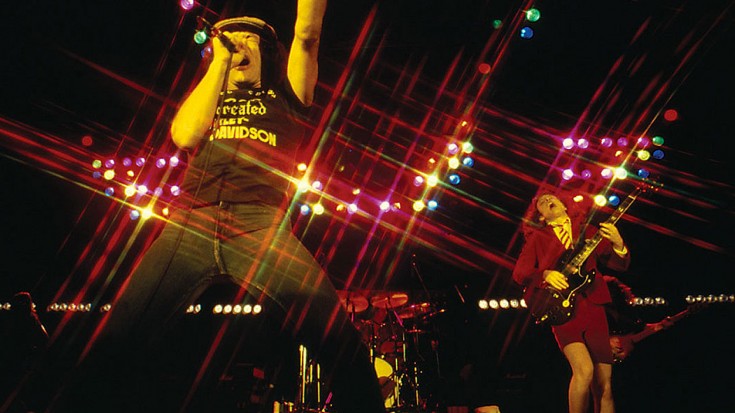 Few people can come into a band following the death of a well loved band member and not only continue the legacy, but forge one of their own – unless you’re AC/DC’s Brian Johnson, that is. Johnson was chosen as the band’s new frontman in 1980 following the death of Bon Scott, bringing forth a new era of AC/DC that was both fiercely faithful to Bon’s legacy and still something uniquely theirs that began with the iconic chart topper “Back In Black”. By 1981, the band was already into their second world tour with Johnson – appropriately titled the For Those About To Rock Tour – and lucky for us, some generous soul filmed AC/DC’s tour stop at Maryland’s Capital Centre and captured one of the most electric performances of “Back In Black” we’ve ever seen!

Brian Johnson was absolutely electric – engaging with the crowd as well as his bandmates, it’s almost like Brian’s got enough energy for both himself and the spirit of the late Bon Scott as he takes his vocals for “Back And Black” as high and hard as he can and while he’s never been the flashiest of frontmen, it’s his passion for all things rock and roll that makes Brian so magnetic.

Fun Fact: Released five months after Bon’s passing, “Back In Black” was a tribute to the late AC/DC singer.

Of course, we can’t pass up a chance to talk about guitarist Angus Young either; from that Chuck Berry inspired duck walk to the vicious little guitar licks he pulls out at Capital Centre, “Back In Black” just wouldn’t be the same without him. If Brian Johnson’s presence in this performance is magnetic, then Angus and his guitar playing that night can only be described as a force of nature!