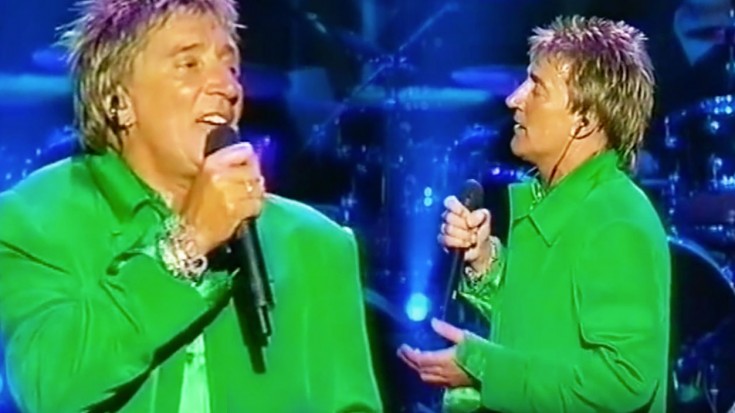 Original bandmate and bassist of The Faces, Ronnie Lane was unfortunately lost on June 4, 1997 to multiple sclerosis and he will continue to be missed. As an ode to his talent, Rod Stewart covers and relives his original glory days with The Faces hit “Ooh La La,” gracefully dedicating the performance and song to Ronnie.

Interesting Fact: Ronnie Wood was the lead singer on this track, not Rod or Ronnie Lane.

Featuring the Corrs, a popular Irish rock band, Rod does the ballad justice back in ’98. Although Ronnie and Rod were at the odds of the time of the recording, experiencing the passing of his old friend seems to overcome the past obstacles that occurred with this song.

On the group’s last studio album, Ooh La La, functioned as a musical promotion, therefore, it did not chart. As is it is known as one of the band’s greatest hits, Stewart included and recorded it in his Greatest Hits album.

They’ll trap you, then they use you
Before you even know
For love is blind and you’re far too kind
Don’t ever let it show

The can can’s such a pretty show
They’ll steal your heart away
But backstage, back on earth again
The dressing rooms are gray

When you want her lips, you get a cheek
Makes you wonder where you are
If you want some more and she’s fast asleep
Then she’s twinkling with the stars

Poor young grandson, there’s nothing I can say
You’ll have to learn, just like me
And that’s the hardest way
Ooh la la, ooh la la la yeh