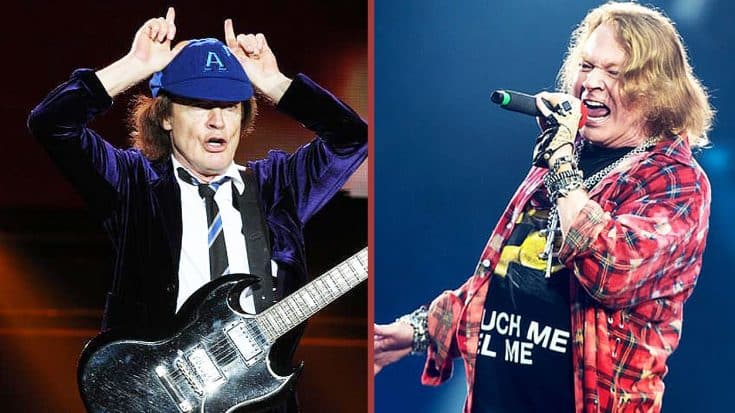 It’s been quite some time since Brian Johnson stepped down from AC/DC due to persistent hearing issues. Since then, the band have pressed on with their new (permanent?) singer Axl Rose. Despite harsh criticism about this move, the band have pressed on with their live concerts, and the Guns N’ Roses singer, for the most part, has been received rather well. Unfortunately, that wasn’t the case in Spain.

Once fans in Spain were informed that AC/DC would be fronted by Axl Rose on their upcoming concert on May 10th, the majority of them requested refunds. AC/DC’s promoter Live Nation would initially be gracious enough to grant these refunds, but once Live Nation realized that the amount of people requesting these refunds were the vast majority of the attendees of said show, the band stopped awarding refunds.

Because of this action, Live Nation was fined €15,000 for not allowing refunds.

Officials had this to say: “After the complaint of Consumers In Action, the promoter has been fined for refusing to return money to numerous users who claimed it after the replacement of Brian Johnson with Axl Rose. FACUA warned that the replacement meant a substantial change in the conditions of the concert, and was a justified cause for claiming a refund. Live Nation assured they would ‘return money to those who asked for it’ without setting a deadline.”

What do you think of all of this? Do you think Live Nation was in the right not to allow the refunds? Do agree with the fine? Let us know your thoughts!