AC/DC Fans! Brian Johnson And Phil Rudd Are Currently In Conversation About Possibly… 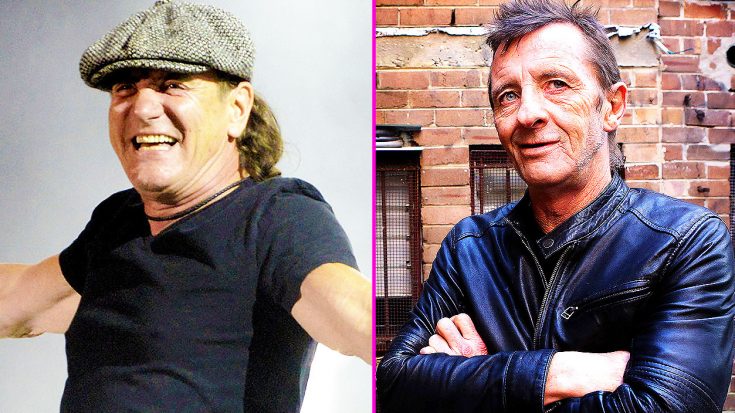 Could this be the start of something new?

Brian Johnson and Phil Rudd performed with AC/DC seven times during the band’s last tour. Brian was pretty much forced to quit after it was deemed that he was going deaf. Phil Rudd had been out of the band for a while, and after legal troubles he was only featured as a guest appearance during the last tour. Phil also suffered a heart attack a few months ago, which put him out of commission from performing.

Since the two are no longer in AC/DC (and neither is any other member except for Angus Young) the two have started talking about doing something together in the future. Phil and Brian are both interested in cars and racing, so they want to do something with that. But, they also haven’t ruled out the possibility of making music together! Maybe they could find an outlet that could combine the two, and reinvent their careers.

“I’ve heard from Brian. I spoke to Brian a couple of days ago. We were talking about cars and how f—in’ useless he is; how much quicker I am than him! He’s doing all right.”– Rudd said.

Rudd is about to take his solo album on tour, so maybe Brian can crash a few shows and make a guest appearance! Here’s hoping they do something together in the future!