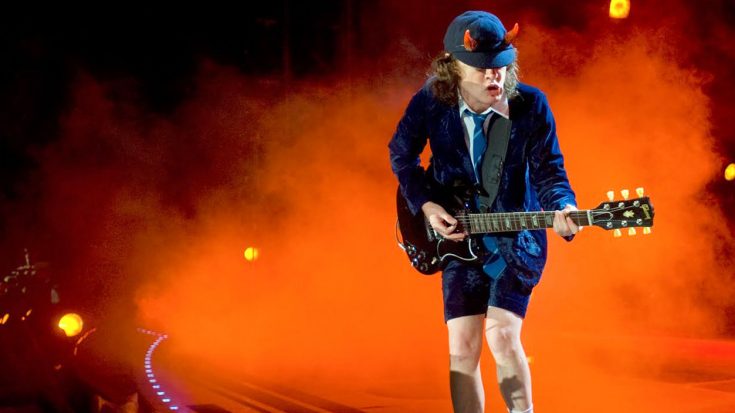 Now it’s been said many times before that AC/DC are one of the (if not THE) most influential rock bands of all time. They have a consistently solid rock sound that have stayed as heavily vibrant as ever. This is a band, both recorded and live, that have been the foundation of the hard rock scene for the last 40-50 years. But words really do them no justice. You’d have to see all of this for yourself. Luckily, we have just the video to do that!

What you’re about to watch is a video in which AC/DC, who at this point has played their entire set, perform one more song for the fans in Argentina. The song they decide to play is one that you may have heard of. It is a song called For Those About To Rock. All seems normal at first, but as soon as Angus Young plays the opening lick, the crowd is in awe. See for yourself!