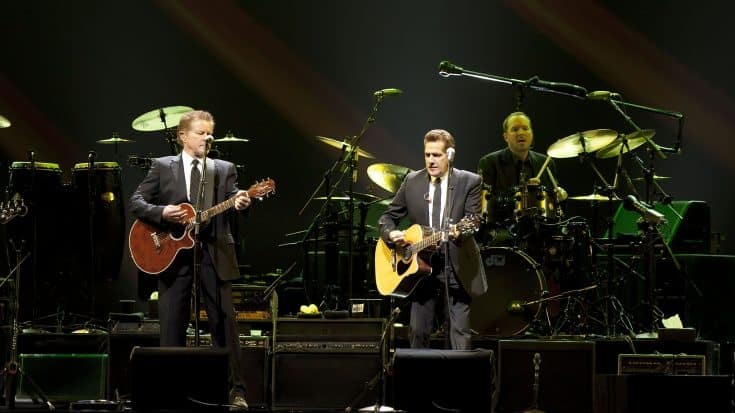 BERLIN - JUNE 07: (L-R) Bassist Timothy B. Schmit, guitarists Don Henley, Glenn Frey and Joe Walsh of US country rock band The Eagles perform live during a concert at the O2 World on June 7, 2009 in Berlin, Germany. The concert is part of the 2009 tour to promote the current album 'Long Road Out Of Eden'. (Photo by Jakubaszek/Getty Images)

This Is How You Do A Cover

“Hotel California” is an absolute classic and it goes without saying many have attempted to cover it but few actually managed to churn out excellent versions. It’s not always about rivaling the original, it’s more on paying tribute to The Eagles. Now if you want something new and different, check out the totally badass version of this Eagles hit by progressive metal band Meytal.

Does the name sound familiar? Well, the founder is Meytal Cohen who amassed a huge fan base thanks to her popular drum covers in YouTube. In 2013, she started her own band and their debut album was funded via Kickstarter. Their second studio album titled The Witness will be out on April 5 and it will feature their take on “Hotel California.”

“Bringing this project to life has been a personal evolution for me, both as a musician as well as a human. From hoping and waiting for some magical opportunity to come along, to finally being at ease with what is, and knowing that whatever I reeeeally want, I can make happen myself, and knowing that when I finally get off my butt and do it, it will mean so much more.” – Meytal Cohen

Check out the audio below and let us know what you think.