A John Lennon & Yoko Ono Biopic Is Finally Going To Be Made… But Who’s Going To Play Them? 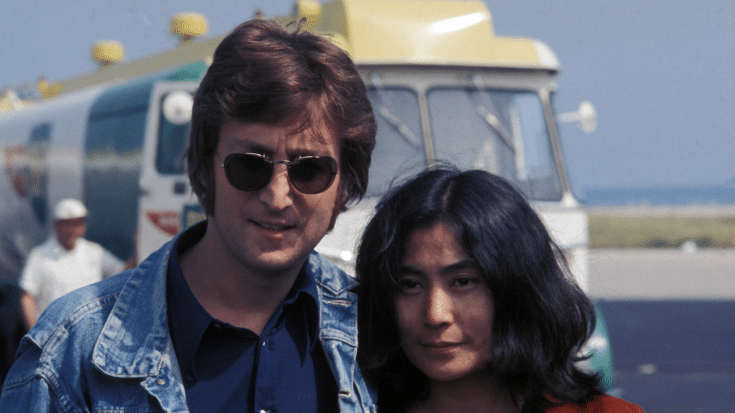 Don’t Lie… You Were Wondering, Too

Yup, you read that correctly, a biopic focused on the lives of John Lennon and Yoko Ono is officially going to happen and will be directed by acclaimed director Jean-Marc Vallée. As you’re well aware, we are in the age of long-overdue rock biopics finally being made, so it was pretty much inevitable that one about John and Yoko would be made at some point.

But with all of this being said, we as fans collectively have one question. Who are they going to cast for all of the rolls? Well, we don’t quite know for sure, but we’ve come up with a few possible suggestions. See for yourself!

While you may think John Lennon would be a complex character to embody on the big screen, I’d be willing to wager that he’d be one of the easier ones, but nevertheless, we would need an astounding actor to play him, and our choice is Ezra Miller. This is an actor who may not always get the recognition he deserves, but he not only looks the part, but has proven that he can handle the task of becoming any character Hollywood needs him to be, and in what could be his biggest role yet, Hollywood needs to cast Ezra Miller as John Lennon!

Known for her roles in Star Wars: The Force Awakens, Game Of Thrones, and most recently Iron Fist, Jessica Henwick has proven to be an exceptional actress and would be perfect for the role of Yoko Ono. Wouldn’t you agree?

And of course, if it’s a movie about John Lennon, you’ve gotta cast the other Beatles as well…

Can you think of a scenario where you get the most lovable actor in the world to play the most lovable musician in the world? I can! That scenario would be actor Charlie Day portraying Ringo Starr. Not only do these two look alike, but also they share the same comical value and utter joyful expressionism. Charlie Day is truly one of the most underrated actors in Hollywood today. Most people see him as the goofy lovable character on ‘It’s Always Sunny In Philadelphia’, but people don’t always see just how well he pulls off that character. His acting chops are perfect for the role of Ringo Starr. Do you hear that Hollywood? Make it happen!

Now, I’m not going to lie, this is a bit of a stretch, but for God’s sake look how similar they look! They’re basically twins! Dhani Harrison, like his father George, is a guitarist/singer. He looks just like him and most importantly he acts like him too! Now, I can’t say I’ve ever seen the guy in an acting role, but if Dhani were to maybe take acting lessons (if he even needs them) and agree to the task, he would be perfect to portray his father George Harrison in a Beatles biopic of some sorts!

Now before you completely dismiss the idea of Tom Holland playing Paul McCartney, hear me out. When we first heard the news that Tom Holland was going to be the new Spiderman we were all rather skeptical. Come to find out that he is arguably one of the greatest actors to ever play the iconic superhero. So why shouldn’t he be able to recapture that same magic by portraying the legendary Paul McCartney? Sure he’s rather young, but so were The Beatles when they first started, so if you think about it, he’s literally perfect!

What do you think of our suggestions? Are they good ones? Or are they completely trash? YOU let us know!