This Familiar Face Has Been Hiding In Every ‘Bohemian Rhapsody’ Teaser, And You’ve Never Noticed 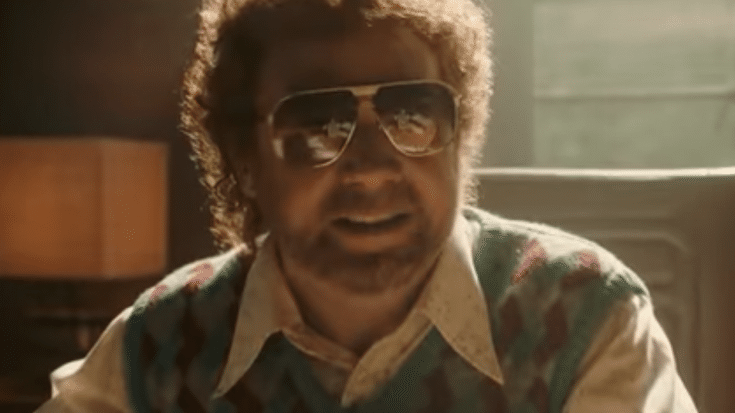 Doesn’t Get More Fitting Than This!

If what critics are saying about Bohemian Rhapsody is true, then you’re in for an evening of laughing and crying when the film drops on November 2nd.

And thanks to one familiar face who’s been hiding in plain sight the entire time, you’re also in for a serious trip down memory lane and full circle into one of the most iconic pop culture moments of the 20th century.

You’ve seen him in nearly every teaser for Bohemian Rhapsody over the last few months; rocking a short, curly afro, dark aviator sunglasses and spitting  “Mark these words – no one will play Queen” in an English accent as he tries to convince Queen to halt the release of “Bohemian Rhapsody”.

Thanks to our friends at BuzzFeed, the jig is up – the actor playing EMI executive Ray Foster is none other than this guy:

That’s right – you’ve been looking at Wayne Campbell…err, Mike Myers, the entire time. It was reported last year that the 55-year-old actor was pushing for a role in Bohemian Rhapsody, no doubt as a nod to his own love for Queen, famously showcased in the ever iconic intro scene to Wayne’s World:

Myers famously championed for the use of “Bohemian Rhapsody” in Wayne’s World, going against the wishes of the film studio who instead wanted to use a Guns N’ Roses song for the scene. It was even worth walking away from the film completely – a threat Myers actually made when it looked like all was lost.

“Queen, at that point — not by me and not by hardcore fans, but the public had sort of forgotten about them,” Myers revealed in 2014.

“Freddie had gotten sick, the last time we had seen them was on Live Aid, and then there were a few albums after where they were sort of straying away from their arena-rock roots. But I always loved ‘Bohemian Rhapsody.’ I thought it was a masterpiece.

So I fought really, really hard for it. And at one point I said, ‘Well, I’m out. I don’t want to make this movie if it’s not ‘Bohemian Rhapsody.'”

The gamble paid off. Myers was able to use “Bohemian Rhapsody,” creating one of the most iconic pop culture moments of the 20th century and thrusting Queen back into the public eye. They even won their only MTV Video Music Award for “Best Video from a Film” for “Bohemian Rhapsody,” leaving Brian May overcome with emotion as he revealed Freddie “would be tickled” to have seen such a moment.

It’s always nice to see a familiar face in flicks like Bohemian Rhapsody, but do let us know: did you recognize Mike, or are you as surprised as we were?