A Heartwarming Tribute To The Late Randy Rhoads Has Just Surfaced! 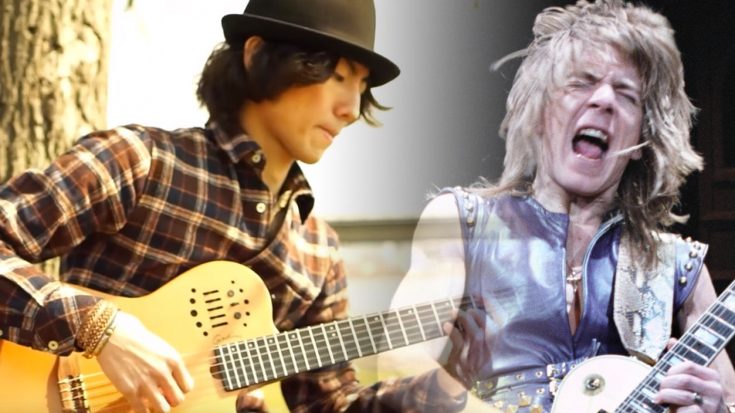 Paying Homage To The Late Legend!

When it was announced that Randy Rhoads had been killed in a plane crash, it was tragically sad for many reasons, one of them being the idea of a young and upcoming guitarist being killed before his time. He was arguably the most promising guitarist of his time. He was taken way too soon, but his legendary music remained, and thus so did the heartfelt tributes. This example is no different.

Interesting fact: Ozzy Osbourne recalls the last conversation he ever had with Randy Rhoads. Apparently, the last thing Randy Rhoads had said to Ozzy Osbourne was something along the lines of “You’ll kill yourself with all this drinking! You know that, right?”. Well isn’t that just comforting!

Anyway, what we have here is a compelling tribute to Randy Rhoads. The acoustic song by Randy Rhoads called Dee. It is performed by a Youtube guitarist by the name of Gaku. It is truly amazing! Just watch!