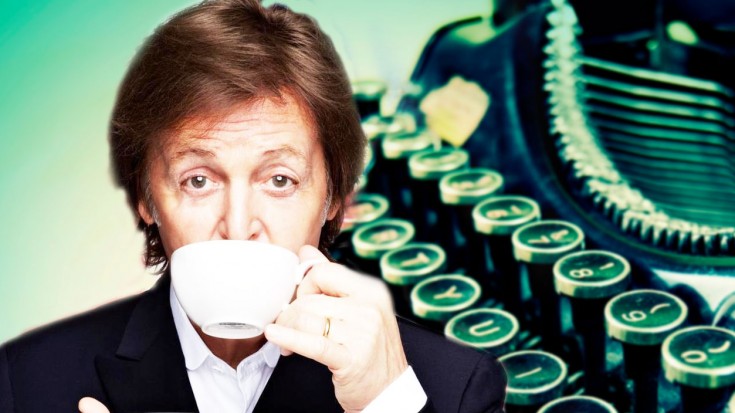 We Thought This Day Would Never Come!

What a weekend! Lucky concertgoers in the UK were treated to the first ever live performance of Paul McCartney’s ‘Temporary Secretary’, featuring Dave Grohl of the Foo Fighters. We seriously thought we’d never see this gem performed live, and here goes Sir Paul McCartney with a brand new trick up his sleeve!

What IS A Temporary Secretary?

Paul explains: “The song is written from the point of view of a fellow who just wants a disposable secretary, and he’s writing to a bureau to try and get one. I just like the idea. I just thought it was funny, you know, asking for a temporary secretary rather than a secretary.”

The cheeky song about a man wanting a disposable secretary was featured on Paul’s second solo effort, McCartney II (1980). It’s a funky sort of tune, with Paul using synthesizers and electronic effects on the song instead of solely relying on instruments.

Until 2015, Paul had never performed ‘Temporary Secretary’ live, making this performance all the more special and quite rare!

Mister Marks Can You Find For Me
Someone Strong And Sweet Fitting On My Knee
She Can Keep Her Job If She Gets It Wrong
Ah, But Mister Marks I Won’t Need Her Long
All I Need Is Help For A Little While
We Can Take Dictation And Learn To Smile
And A Temporary Secretary Is What I Need For To Do The Job

Spoken: Well I Know How Hard It Is For Young Girls These Days In The Face Of Everything To Stay On
The Right Track