9-Year-Old Girl Works Her Magic On ZZ Top’s “La Grange,” And It’ll Blow You Away 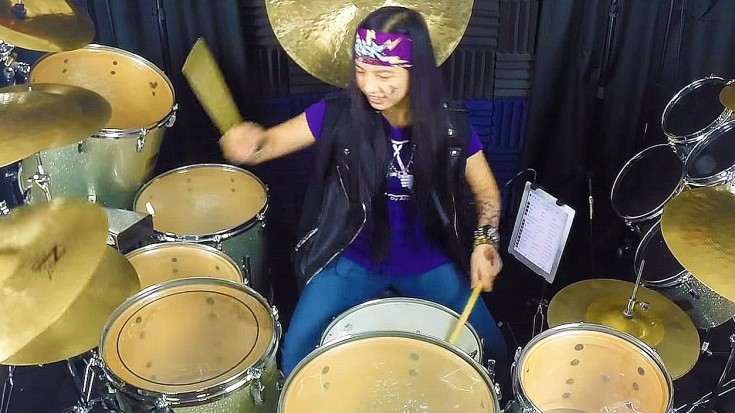 Quick – Get This Girl A Beard!

YouTube drummer and rock and roll whiz kid Alexey Poblete may have only been 9 years old at the time this video was taken in 2012, but one thing is clear: she was clearly ready for the big leagues! She’s made a successful career out of delivering killer drum covers that showcase a myriad of influences; whether it’s Motörhead or Rush – or in this case, Southern rock legends ZZ Top – Alexey’s love for drumming spans the entire vast musical landscape that is rock and roll. This cover of ZZ Top’s iconic ‘La Grange’ is one that left us grinning ear to ear – is there anything this girl can’t do?

Fun Fact: Alexey’s drum influences include Tony Royster, Jr., John Bonham, and KISS drummer Eric Singer, and she was the 2013 champion of the Hit Like A Girl Drum Contest.

Her timing on this traditional rock shuffle is fantastic, and that opening fill is something that ZZ Top’s Frank Lee Beard would be fiercely proud of. Where many girls Alexey’s age are focused on the next up and coming boy bands and teen queens, Alexey is setting her sights on a wildly successful career as a drummer that will take her to some pretty amazing places – and even better, she gets to listen to great music along the way!