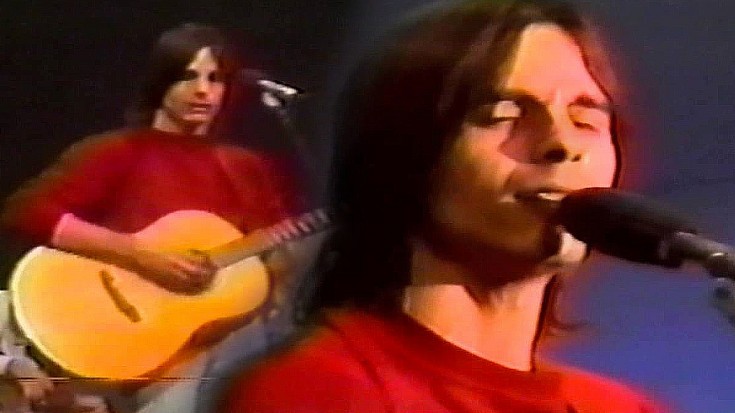 In 1976, at age 28 and still reeling from the death of his wife Phyllis, singer-songwriter Jackson Browne made his return to the stage with his iconic Soundstage appearance, featuring a performance of ‘The Pretender’ that no doubt held a drastically different meaning for him; suddenly he isn’t just a musician anymore, he’s a young man grappling with the tragedy of his wife’s suicide while trying to juggle life as a single father, wondering if it was still worth it to keep pursuing his craft. By the looks of this absolutely outstanding performance, however, it’s pretty clear that Jackson had already made up his mind to hold onto his dreams and swing for the fences, regardless of how tempting it would be to just slip right into the life of ‘The Pretender’.

Written in 1976 and featured on his 4th album The Pretender, Jackson told Mojo magazine in 2015 of ‘The Pretender’:

“It’s grappling with the question of whether the life you’re living is the life you thought you were heading for. ‘The Pretender’ is an open question: Do you find life’s best qualities by having children and a job, or in tearing those things down?”

Jackson Browne has crafted a decades-long career out of calling attention to the ludicrous things we do to survive. Whether it’s the running after the impossible and unattainable of ‘Runnin’ On Empty’ or in this case, abandoning your wildest dreams in exchange for the cookie-cutter American Dream that is ‘The Pretender,’ there isn’t a moment of Jackson Browne’s career that doesn’t get deep down into your soul and make you wonder exactly what it is you’re doing with your life.

I’m going to be a happy idiot
And struggle for the legal tender
Where the ads take aim and lay their claim
To the heart and the soul of the spender
And believe in whatever may lie
In those things that money can buy
Though true love could have been a contender
Are you there?
Say a prayer for the Pretender
Who started out so young and strong
Only to surrender