7 Southern Rock Classics You Have To Introduce To Your Grandchildren 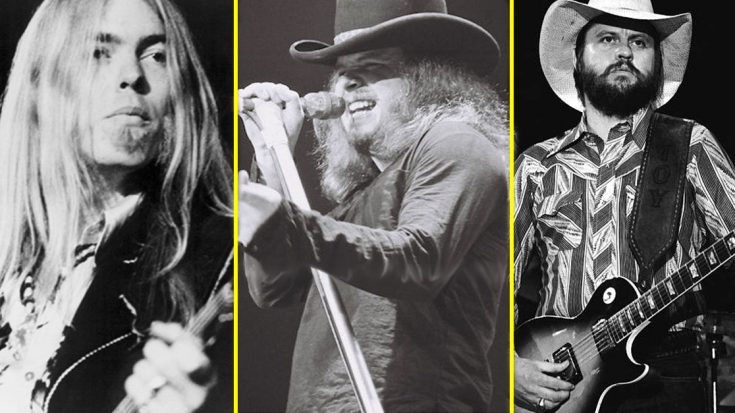 These days, music is in a pretty sorry state. Gone are the days when songwriters poured everything they had into crafting songs that actually meant something, when bands practiced for hours on end to hone and refine their sound, when fans scrimped and saved for concert tickets and vinyl and when every song you heard on the radio was a winner.

With our kids and grandkids facing a completely different musical landscape than that of our youths, the classics that have kept us singing and dancing for decades mean more than ever – and it’s time to pass the torch to the next generations. Don’t know where to start? Here are 7 Southern rock classics to introduce to your little ones!

When you’re in Lynyrd Skynyrd, the legacy attached to a classic like “Simple Man” is far more important than the song itself. Born from a conversation between Gary Rossington and Ronnie Van Zant shortly after the deaths of their respective mother and grandmother, “Simple Man” is a wealth of wisdom from the matriarchs responsible for molding the guys in Lynyrd Skynyrd into the fine men we know and love.

Noting that it’s advice that everyone’s mama has given them at one time or another, singer Johnny Van Zant says, “It’s mama talking to you in that song and I think it’s probably one of my favorite’s if not my favorite to do live. It’s just a great song and that one stays in the set and the crowd always goes crazy on that one.”

Featured on the band’s debut album The Marshall Tucker Band, “Can’t You See” was the Marshall Tucker Band’s first single and is held in high regard among Southern rock legends for its stellar attention to detail, from Jerry Eubanks’ iconic flute intro to singer and songwriter Toy Caldwell’s gritty, soulful vocal delivery that makes you want to raise a beer in his honor and thank whoever is listening that he lived long enough to write this classic.

Maybe it’s the universe’s way for making up for taking him away in 1993 at the age of 45, but Toy’s voice carried the weary sound of having lived several lifetimes, making his one of the most iconic voices to emerge out of the Southern rock music scene.

Gregg Allman wrote ‘Melissa’ sometime in 1967 on a songwriting marathon that yielded 1 good song out of over 200 written, and despite never cracking the U.S. Top 40 charts, it’s remained a classic rock favorite for decades. The late, great Duane Allman loved this song, often asking Gregg to “play me that song – the song about that girl,” and it’s one whose quiet power and beauty every kid should grow up knowing.

One of the most important figures in both country music and Southern rock, The Charlie Daniels Band is probably best known for 1979’s #1 country hit “The Devil Went Down To Georgia,” but Charlie’s influence in music goes as far back as the 50’s. He’s helped mold the sound of fellow Southern rockers the Marshall Tucker Band by playing fiddle on many of their early albums, and it was at his 1979 Volunteer Jam V that fans saw Lynyrd Skynyrd take the stage for the first time since the crash in 1977.

The Charlie Daniels Band isn’t just an iconic figure in the Southern rock community – it’s one of the cornerstones of the genre!

Ram Jam’s iconic “Black Betty” is one that no rock fan can be without! Just think – ‘Black Betty’ might have been lost to the pages of time had it not been dusted off and given new life by New York rock band Ram Jam in 1977! Written by in the early 20th century and made popular by blues legend Leadbelly, ‘Black Betty’ enjoyed quite a revival when Ram Jam put a southern rock spin on it.

This was the band’s only hit, but it was definitely a good one. We played it to death as youngsters and with any luck, our little ones will continue the family tradition!

5 words: “Jim Dandy to the rescue!” Need we say more? This classic began as an old R&B hit, but Black Oak Arkansas gave it the Southern rock royal treatment for a Southern rock classic that makes it impossible to sit still!

Featured on Lynyrd Skynyrd’s debut album Pronounced ‘Lĕh-‘nérd ‘Skin-‘nérd, ‘Freebird’ is the power ballad to end all power ballads. It gets deep down in your soul, reaffirming everything you’ve ever known and for rock fans, ‘Freebird’ is the security blanket we grew up with – a constant force despite all of the changes we may go through, and we love it!

With soaring, sweeping guitars, a twinkling piano riff, deeply introspective lyrics and an extended jam that never ceases to get us movin’, “Free Bird” is a song that your little ones will love you for sharing and gain a healthy appreciation for good old fashioned musicianship. Enjoy!