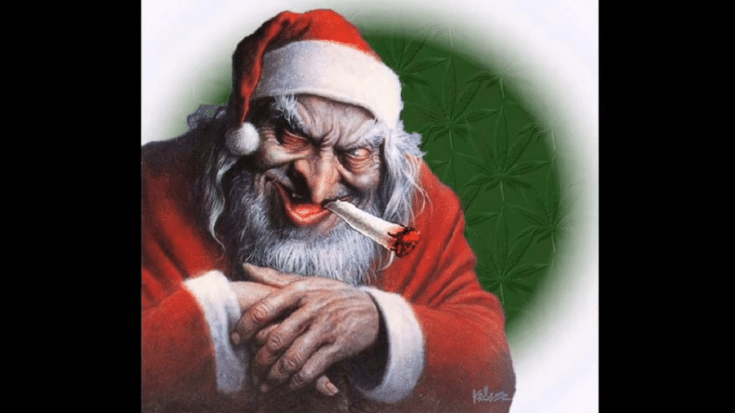 It’s The Most Wonderful Time of the Year

Traditional Christmas songs are always welcome but they can get a bit boring at times. After all, once Halloween or Thanksgiving is over, they’re being overplayed EVERYWHERE. There’s just no escaping them. Luckily for us classic rock fans, our favorite rockers decided to add their own flavor to some songs. Some are your usual fanfare but others, well they somehow made it more rock ‘n roll.

Check out these songs to add to your holiday playlist.

Alice Cooper transformed this supposedly festive track into something creepy and spooky especially as he sings the lines, “He sees you when you’re sleeping, he knows when you’re awake.” He wouldn’t be called the Grandfather of Shock Rock for nothing.

There are several versions of this but Chuck Berry’s is the most popular one. It’s a 12-bar blues just like “Johnny B. Goode” and it references popular 1950s toys.

A salacious Christmas song? AC/DC got you covered. Angus Young told Guitar World in 1991, “I think the funniest song on this album [The Razors Edge] is ‘Mistress For Christmas.’ “

4. Tom Petty & The Heartbreakers – “Christmas All Over Again”

It’s a rousing anthem from a Christmas-themed compilation titled A Very Special Christmas 2 for the benefit of the Special Olympics.

Eric Clapton’s bluesy take on “White Christmas” is hands-down beautiful and nostalgic. Accompanied by a claymation video that tells the story of a young fan dreaming to have an electric guitar for Christmas, it’s definitely one of our favorite holiday tunes. Clapton told SiriusXM, “Almost every Christmas, my wife Melia gives me a guitar. Sometimes I’ve just hinted at it — if you want to know what I want for Christmas…”

Originally recorded by Darlene Love, Love provided backing vocals for this cover. The emotional delivery makes you feel the longing.

This isn’t your typical jolly holiday track since it’s about a Father Christmas performer who gets mugged by kids telling him they want money and not toys. Ray Davies used to perform this while wearing a Santa costume. He told Southern California radio station KSWD, “When the record came out we were on tour with a very successful band at the time supporting them. I went on dressed as Santa at the end of the show to do ‘Father Christmas.’ And the other band found it hard to follow us. The following night with the same band I went to run on but there was a bunch of heavies preventing me from running on stage. And I was protesting. But the people said, ‘The Kinks didn’t do an encore but Santa Claus was there and they were stopping him from going on stage.'”