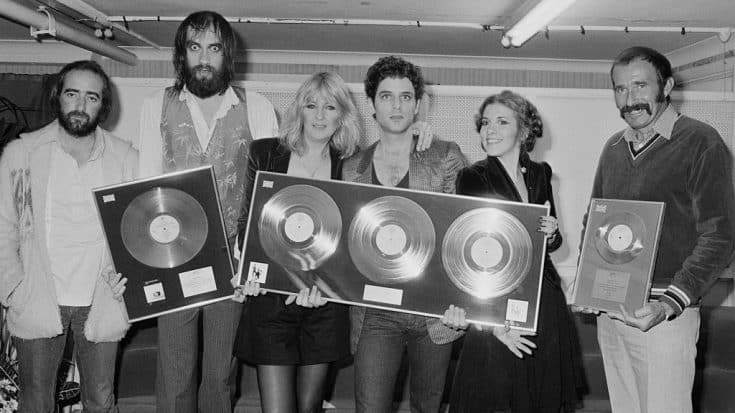 Here are 7 greatest rock songs in that year voted by fans. See the list below,

When Stevie Nicks wrote this song, everyone in their band was going through a breakup. Nicks and Lindsey Buckingham with each other, John and Christine McVie with each other, Mick Fleetwood with his wife Jenny Boyd. But they were able to work together despite their broken hearted era. In 2009, Stevie Nicks recalled to The Daily Mail: “I remember the night I wrote ‘Dreams’ I walked in and handed a cassette of the song to Lindsey. It was a rough take, just me singing solo and playing piano. Even though he was mad with me at the time, Lindsey played it and then looked up at me and smiled. What was going on between us was sad. We were couples who couldn’t make it through. But, as musicians, we still respected each other – and we got some brilliant songs out of it.” This song became Fleetwood Mac’s only #1 hit in the US.

Queen guitarist Brian May wrote this song. He said he got the idea for the song in a dream and told Mojo magazine in 2008 that he wanted to “create a song that the audience could participate in.” Then Freddie Mercury wrote the song that follows on the album, “We Are The Champions.” The band did not intend for the two songs to be played together, but it usually does ever since it came out. It’s been used as a soundtrack for a number of films and series. And who can forget the most iconic 2004 commercial for Pepsi that ran in the UK. The ad featured Brian May, Roger Taylor, Britney Spears, Beyoncé and Pink dressed up as ancient Romans. This song is very famous being used in championships of sporting events such as Super Bowl and the Olympics.

David Bowie told Q magazine’s 1001 Best Songs Ever: “It’s a bitch to sing, ‘cos I really have to give it some towards the end. I pace myself throughout the show and often place it near to a point where I can take a vocal break afterwards. As long as I’m touring I don’t see a time when I won’t be singing ‘Heroes’. It’s a good one to belt out and I get a kick out of it every time.” Bowie released versions of this song in English, German which called “Helden”, and in French called “Héros.”

4. Best of My Love – The Emotions
From: Rejoice

This song was written by Earth Wind & Fire members Al McKay and Maurice White, and also produced by White. It’s an upbeat disco song and became a US #1 hit for five weeks and even won the 1977 Grammy Award for Best Rhythm & Blues Vocal Performance by a Group. It appeared in a lot of films, including Night at the Museum 3: Secret of the Tomb in 2014, Summer of Sam in 1999, The Wendell Baker Story in 2005, Mission Impossible III in 2006, The Holiday in 2006, and Boogie Nights in 1997. The song was also covered by Christina Milian, Carol Duboc and Minae Noji featured in the film Be Cool in 2005.

This is an iconic rebel song. Sex Pistols made this to rebel against British politics during the time where a lot of young people expressed their anger felt toward the stifling rule of the old-fashioned royal monarchy. Lead singer John Lydon (Johnny Rotten) told Rolling Stone, “It was expressing my point of view on the Monarchy in general and on anybody that begs your obligation with no thought. That’s unacceptable to me. You have to earn the right to call on my friendship and my loyalty.” It became an anthem for the punk movement in England and outsold the #1 song at the time in the UK. In a 2012 interview, Lydon claimed that he did not intend to attack the Queen’s Silver Jubilee with this song. He said: “I wrote a record. It wasn’t about a specific moment in time or history – I wrote a record about a subject matter that mattered to me, in a personal way, and then all this situation enveloped and unfolded. I never did it as an act of spite against the Jubilee. I don’t think that’s been quite completely understood.”

When the group needed another song for the album, their guitar/trumpet player William King was sent home to write one, but he fell asleep trying to think of something, and when he woke up, there was a pad of paper on his chest with the lyrics written on it. Turns out, his wife Shirley Hanna-King wrote the words while he was sleeping. “Built like a Brick House” this disco classic is about a woman with a great body which described as “36-24-36.” Founding member Thomas McClary, explained: “We got those measurements out of Jet magazine – a model that was modeling swimwear.” The measurement became iconic and was used in other songs. In 1991, the Commodores were inducted into The National Association of Brick Distributors’ Brick Hall of Fame in recognition of this song.

This song was just one of the five songs the Bee Gees wrote specifically for Saturday Night Fever. It plays over the opening credits of the movie while John Travolta explores the streets of New York City. This was the second of four US #1 hits from the film’s soundtrack, following “How Deep Is Your Love.” This won a Grammy for Best Arrangement For Voices and Grammy Award for Album of the Year and becoming the best-selling album ever until it was dethroned by Michael Jackson’s Thriller. It remained the best-selling soundtrack of all time until it was surpassed by the soundtrack to The Bodyguard.