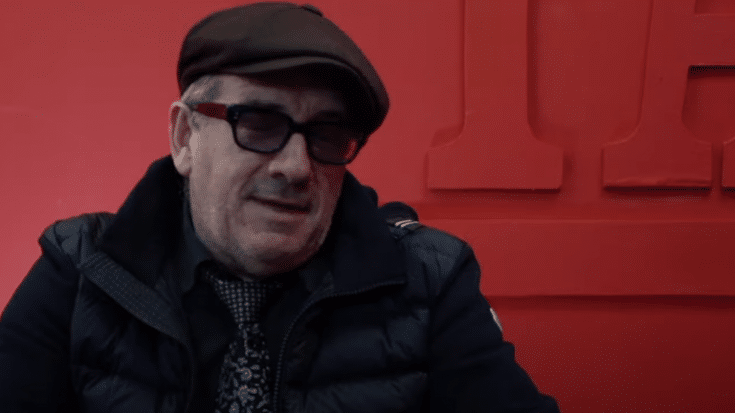 Elvis Costello says his views on the concept of empire didn’t change even after accepting OBE from the Queen in 2019.

Costello was awarded an OBE or Officer the Order of the British Empire for his “services to music” in the Queen’s Birthday Honours List. When he accepted the award he said that he’s “happy to accept this very surprising honour,” but had mixed feelings about receiving it and was ready to refuse, but then changed his mind after discussing it with his mother.

Costello didn’t find those two positions to be in conflict even if his music has often been critical of British imperialism and politics, particularly on tracks like “Oliver’s Army” or “Tramp the Dirt Down.”

In a recent interview with The Guardian, Costello was asked whether taking the title meant he was no longer “the person who wrote “Any King’s Shilling” — A song about his grandfather’s experience of fighting in the British army which he replied:

“It’s just another bauble in my china cabinet, along with the MTV Video Music award, which no one knows I’ve got either.”

“Look, my grandfather Pat McManus was in the Royal Irish Regiment and died from illness resulting from wounds he got fighting for king and country. My dad went in through the tradesman’s entrance to sing at the Buckingham Palace staff ball in 1962. So, apart from the fact that my mum told me to go and have a laugh, I thought, ‘I’m going in through the front door.’ It doesn’t change my view of the idea of empire as ludicrous and hideous.” he added.

“One of the gentlemen working there was a fan, and he’d written this great set list on Buckingham Palace notepaper. That’s my nicest memento of it.” he continued.