7 Classic Rock Songs To Summarize The Career Of Little Richard 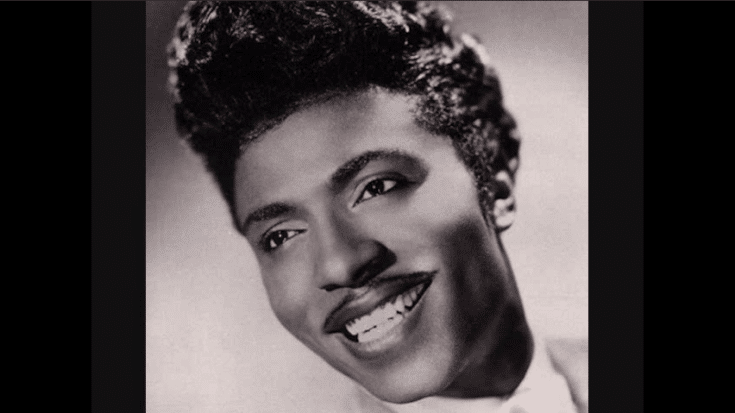 With a career spanning almost seven decades, Little Richard’s influence on rock ‘n roll and pop culture cannot be stated enough. He achieved success with a series of hits in the 1950s – songs that helped shape the genre. More than sheer talent, his charisma, style, and energy made his performances truly unforgettable. Anyone who saw him perform live didn’t leave disappointed.

He set the bar high for other rock acts to follow. The Beatles opened for him, and he was often cited as a major influence to other iconic musicians. Now here are seven of his best works.

It was a hit for Little Richard as it peaked at #4 on the charts. Written by John Marascalco and Robert “Bumps” Blackwell, this quickly became a standard. Like several of his songs, the lyrics are highly suggestive but few people noticed them because it’s an enjoyable listen. Speaking about Ike Turner’s Rocket 88 where Richard took the piano intro and used it for this song, Richard said: “I always liked that record and I used to use the riff in my act, so when we were looking for a lead-in to ‘Good Golly, Miss Molly’, I did that and it fit.”

Released on June 1956, Bill Haley & The Comets recorded and released their cover on the same year. Even Elvis Presley, Buddy Holly, Chuck Berry, and The Everly Brothers also covered it. The Beatles also included it as part of the medley with “Shake, Rattle and Roll” and “Blue Suede Shoes” during their 1969 Get Back sessions.

A popular song recorded as early as the 1920s, Little Richard transformed into a rock ‘n roll tune. The drum intro for Little Richard’s raucous and uptempo version was used by John Bonham for Led Zeppelin’s 1972 single “Rock and Roll.”

Just like his other tracks, this one was covered by other rock icons – The Animals, the Everly Brothers, Led Zeppelin, and The Flamin’ Groovies. Written by songwriter Bobby Troup, it was a hit on both sides of the Atlantic – peaking at #7 on the R&B Best Sellers Chart and #9 in the UK.

It’s his first major hit and one of the songs that shaped the rock ‘n roll sound. He explained to Rolling Stone how he came up with it: “I couldn’t talk back to my boss man. He would bring all these pots back for me to wash, and one day I said, ‘I’ve got to do something to stop this man bringing back all these pots to me to wash,’ and I said, ‘Awap bop a lup bop a wop bam boom, take ’em out!’ and that’s what I meant at the time. And so I wrote ‘Tutti Frutti’ in the kitchen, I wrote ‘Good Golly Miss Molly’ in the kitchen, I wrote ‘Long Tall Sally’ in that kitchen.”

Little Richard initially tried recording this for his debut album but sadly, it didn’t make the cut and was shelved. When he needed another song in 1957, he took this ballad and gave it a rock ‘n roll makeover – which reflected the 1960s rock sound. He told Mojo magazine, “The effects and rhythms you hear on my songs, I got ’em from the trains that passed by my house. Like ‘Lucille’ came from a train – Dadas-dada-dada-dada, I got that from the train.”

One of his most popular tracks and also a rock ‘n roll standard, The Beatles included this on their setlist starting from the time they were performing as the Quarrymen. They recorded it in 1964 for A Hard Day’s Night but it didn’t make the cut. They actually finished it in just one take. The Beatles admired Little Richard so much they tried to sign him to Apple Records.