The Formation Of Aerosmith 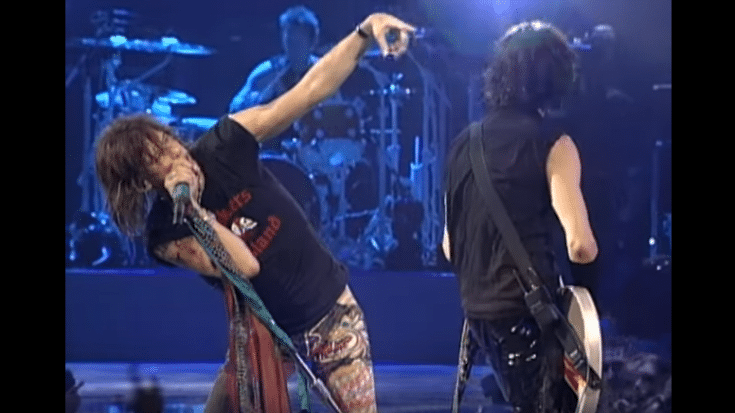 Aerosmith has made rock ‘n roll history not just because they achieved massive fame in the 1970s with albums that spawned instant classics but also because they’re one of the few acts that managed to resurrect their career and got another shot at superstardom. Even almost five decades and a couple of beefs & dramas later, they’re still going strong as a group and they continue to perform at sold-out shows.

In celebration of their 50th anniversary this 2020, let’s revisit how they formed.

Aerosmith can trace its roots back to 1964 when frontman Steven Tyler formed the Strangeurs which he later renamed to Chain Reaction. Guitarist Joe Perry and bassist Tom Hamilton also formed Joe Perry’s Jam Band. In late 1969, both Perry and Hamilton moved to Boston, Massachusetts and met drummer Joey Kramer. Since Kramer was also from Yonkers, New York, he already knew Tyler and has long wanted to share the stage with him.

In 1970, both Chain Reaction and Jam Band performed at the same gig. Tyler was digging Jam Band’s bluesy sound and so he told them how he wanted to combine the two groups. On October, they met up and considered joining forces. But while Tyler was the backup singer and drummer for Chain Reaction, he told the guys he would only agree to be part of the new band as long as he became the lead vocalist and frontman.

Everyone agreed and they all moved in together and shared a home. It’s where they wrote their songs, rehearsed, and also got stoned. When they tried to decide for a name, they considered calling themselves the Hookers, and also Spine Jones. But they eventually settled for Aerosmith which was suggested by Kramer. The final addition to the lineup of Tyler, Perry, Hamilton, and Kramer was Tyler’s friend Ray Tabano who became their rhythm guitarist.

They landed their first gig on November 6, 1970 at the Nipmuc Regional High School in Mendon, Massachusetts with the help of Perry’s mom. The ticket cost a dollar. In 1971, Brad Whitford replaced Tabano. And a year later, they signed with Columbia Records and released their eponymous debut album.

It won’t be long before they break into mainstream and eventually become household names.