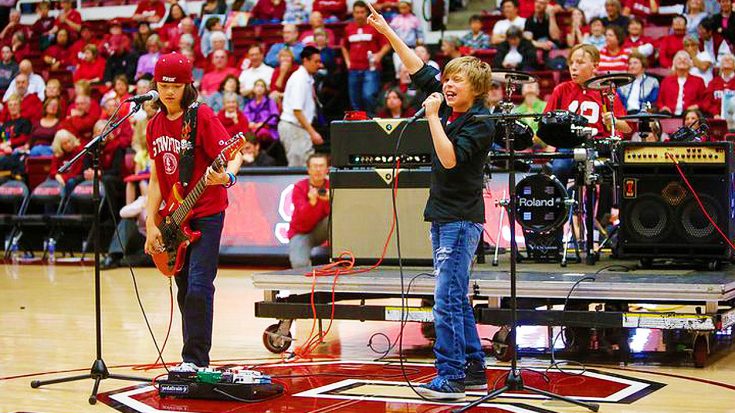 They went to a rock show, and a basketball game broke out!

Sometimes sports events will have a halftime show, which usually consists of a big name band performing a song, or medley of their songs to entertain the audience while the teams catch their breath. Some of the more iconic halftime shows have taken place at the Super Bowl, where we’ve seen bands like The Who, Rolling Stones and Prince perform.

Recently at a Stanford University College Basketball game, a band of sixth graders who go by the name WJD performed the halftime show of the game between Stanford and Arizona. The band walked out to center court and performed an amazing classic rock medley, basically hitting every major artist and shredding their most popular song! They kicked off the medley with an amazing cover of AC/DC’s “TNT,” then immediately into Neil Young’s “Rockin’ in the Free World,” before finally finishing with a few of Queen’s iconic tunes!

The covers are on point, and their stage presence is amazing! They really know how to get the crowd into it, and they have a bright future ahead of them as rockers! Check out the amazing cover down below and see for yourself!