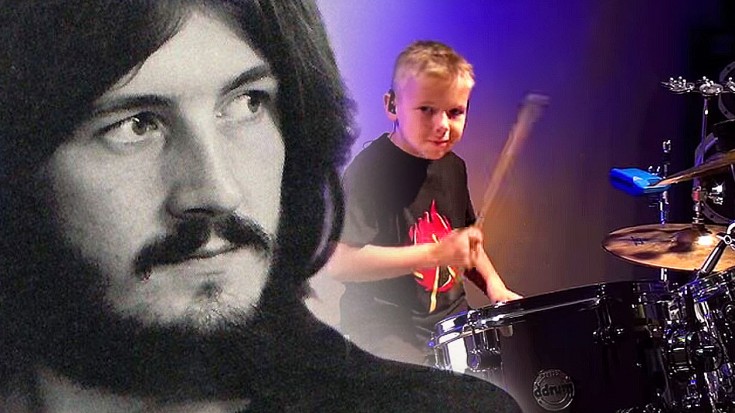 Avery Rocks and Rolls His Way Through Led Zeppelin Cover

Led Zeppelin’s John Bonham was one of the greatest rock drummers in history; he had a feel for rhythm and a song’s groove that was unmatched, and to say that his style of playing was difficult to imitate is the understatement of the year – it’s nearly impossible for even the most seasoned of drummmers, and maybe that’s the way John wanted it. However, despite being only 6 years old at the time this video was shot, YouTube drumming sensation Avery Molek shows incredible promise as he rocks and rolls his way through Led Zeppelin’s iconic ‘Rock And Roll’.

From that killer little drum intro and look of intense concentration on his face to the mini solo he delivers at the end of the song, it’s clear that Avery’s done his homework and studied Bonzo’s playing – I mean, he even nailed that heavy, chunky sound that was so uniquely John!

Fun Fact: Avery’s performance of ‘Rock And Roll’ is made more impressive by the fact that while he studies with a teacher, 90% of his playing is done by ear.

This cover of ‘Rock And Roll’ is just what we needed today – a combination of our favorite band and our favorite YouTuber makes for an all-star performance by this talented kid, and we can’t wait to see what else Avery’s got in store for us!