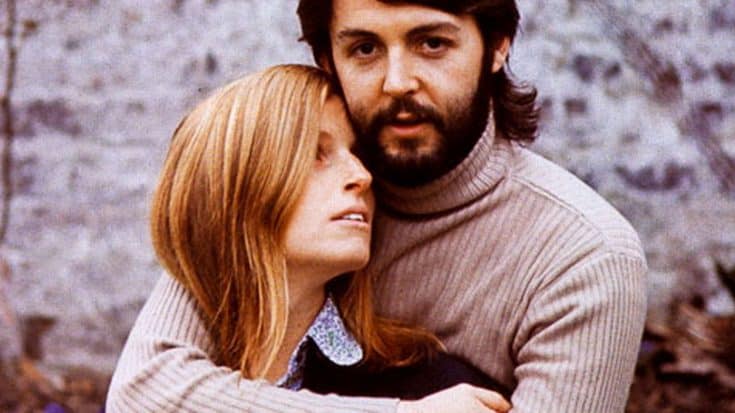 And So It Began

She was a photographer with a small child, he was a member of the biggest band on the planet – and somehow, the universe saw fit to throw them together on the night of May 15, 1967 during a chance meeting at a popular London night spot.

Soho’s Bag O’Nails marked the beginning of what would be one of rock’s most famed love stories as former Beatle Paul McCartney, out enjoying a few drinks with his buddies, caught the eye of 26-year-old Linda Eastman, an American photographer known for capturing iconic snapshots of some of the brightest rockstars of the decade as she was out for a night on the town with some of her friends, members of British rock band The Animals.

As a band called Georgie Fame and The Blue Flames performed that night, Eastman’s mega-watt smile drew McCartney’s eye like a moth to a flame and as she passed by his table later that night he stood up and blocked her path before hitting her with what he admits was a less than smooth opening line.

“I was near the edge and stood up just as she was passing, blocking her exit. And so I said, ‘Oh, sorry. Hi. How are you? How’re you doing?’

I introduced myself, and said, ‘We’re going on to another club after this, would you like to join us?’ That was my big pulling line! Well, I’d never used it before, of course, but it worked this time! It was a fairly slim chance but it worked.”

Cheesy though it was, it worked; Eastman and McCartney set off with their friends to another bar down the road before ultimately heading back to McCartney’s place where the two stayed up late into the early morning talking about art, McCartney being particularly impressed by Eastman’s appreciation for Belgian surrealist Rene Magritte. Eastman attended a press party for The Beatles’ Sgt. Pepper’s Lonely Hearts Club Band just a few short days later and snapped a few famous shots of Liverpool’s finest, even appearing in one with her future husband.

The rest, as they say, is history. Linda and Paul met up again a year later and despite the pushback from heartbroken fans devastated at their beloved Paul officially going off the market, the relationship blossomed into what would ultimately become a 29 year marriage that lasted until Linda’s April 17, 1998 death from breast cancer.