5 Of The Easiest Fleetwood Mac Songs To Learn On Guitar 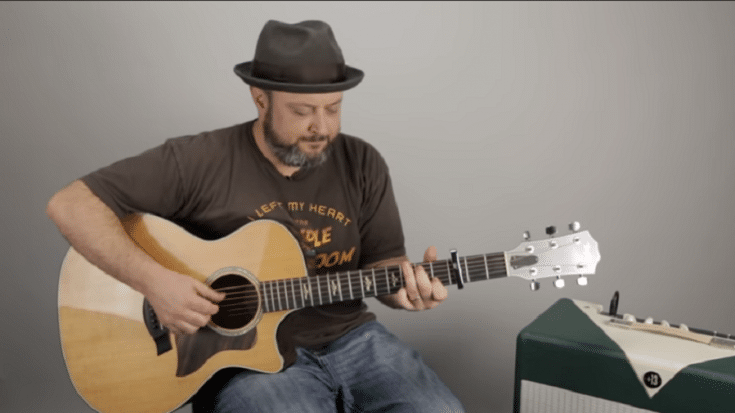 From Peter Green to Danny Kirwan to Lindsey Buckingham, Fleetwood Mac had some of the most talented guitarists even though their lineup changed several times. Even before they struck gold with “Rumours”, they already churned out a couple of albums and singles worthy of their classic status. Here are five easy songs to play when you’re just a beginner on the guitar:

Written by Buckingham as the opening track of “Rumours”, it touched on his and Stevie Nicks’ breakup. Buckingham incorporated Scottish and Irish folk song influences and it was actually an acoustic number originally titled “Strummer.” When he presented it to the band, it had no lyrics yet and he just played it on guitar.

This features a lovely fingerpicking acoustic guitar work by Buckingham. It’s a fairly easy song but you should at least be familiar with the basic chords. You don’t need to go fast immediately, start slow and get used to it first. There are some difficult parts but not that much. Also, it doesn’t need to be flawless especially at first try. Progress, not perfection.

This guitar-oriented song was written by Buckingham and aimed at Nicks. He began chugging the chord progression and simply went from there. At the time, they were on speaking terms but it mostly led to arguments and eventually a shouting match. Because of the bitterness in the song’s lyrics, Nicks told Q magazine: “It was certainly a message within a song. And not a very nice one at that.”

This needs only four simple chords; E, A, D and B7. So if you’ve already mastered, say two or three other songs, then this will be much easier. “Don’t Stop” was written by Christine McVie – drawing inspiration from her separation with the band’s bass guitarist, John McVie. It became one of their most enduring hits.

It’s a two-chord song all throughout so it won’t take you long to get them down. According to Nicks, “I sat down on the bed with my keyboard in front of me. I found a drum pattern, switched my little cassette player on and wrote ‘Dreams’ in about 10 minutes. Right away I liked the fact that I was doing something with a dance beat, because that made it a little unusual for me.”