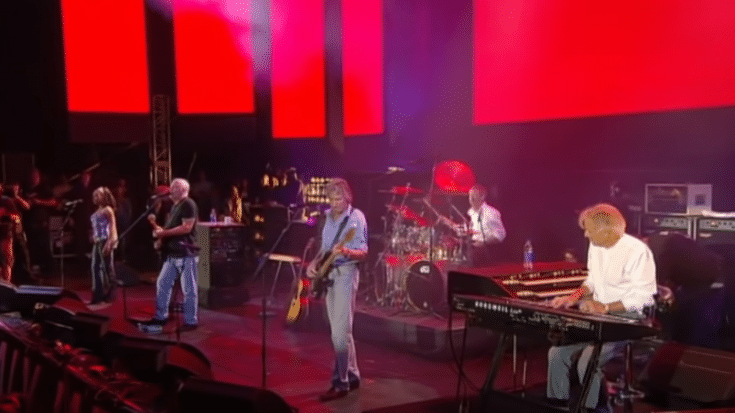 “The Great Gig in the Sky” was first featured on Pink Floyd’s 1973 album “The Dark Side of the Moon”. Unlike most of the band’s songs, this one was penned not by Roger Waters nor David Gilmour but by keyboardist Richard Wright. Here are interesting facts about it:

1. It’s one of a few Pink Floyd tracks that features female vocals.

The vocals belong to British singer Clare Torry. It was producer Alan Parsons who brought her onboard. “She had to be told not to sing any words: when she first started, she was doing ‘Oh yeah baby’ and all that kind of stuff,” Parsons told Rolling Stone, “so she had to be restrained on that. But there was no real direction – she just had to feel it.”

2. Torry was paid the standard £30 flat fee. She struggled with her vocal performance at first but eventually, she nailed it. When she left the studio, however, she thought she’d never make the final cut and was surprised to see her name when she bought the record.

3. Torry sued Pink Floyd and EMI in 2004, claiming she helped Wright with the song and therefore sought songwriting royalties. In 2005, there was an out-of-court undisclosed settlement in her favor.

4. The song had its roots in a piano sequence composed by Wright. At the time, the band wasn’t sure what to do with it so they shelved it. As “The Dark Side of the Moon” cam together, they went back to the sequence and worked on it. “I went away and came up with this piece, and everyone liked the chord sequence,” Wright told Uncut. “It was a question of ‘What do we do with it?’ and we decided to get someone to sing.”

5. Wright explained that it wasn’t about death – at least, he didn’t think of that as he wrote it.

“I didn’t, when I wrote it, think, ‘This is all about death,’ cos I don’t think I would have written that chord structure,” he said. “I get so excited when I hear Clare singing. For me, it’s not necessarily death. I hear terror and fear and huge emotion, in the middle bit especially, and the way the voice blends with the band. The way it was mixed helps.”