5 Career-Defining Songs Of The Animals 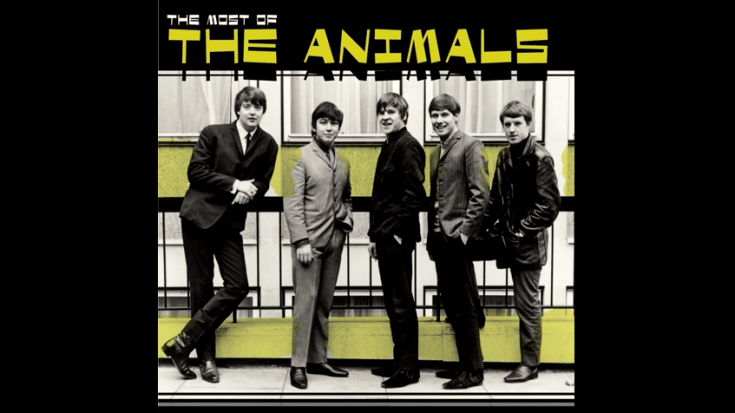 With their gritty, bluesy sound & raw charisma, The Animals became part of the British Invasion in the US. Fronted by the deep-voiced Eric Burdon, they had a string of hits that earned them a spot as rock icons in the ’60s but they disbanded before the decade ended. After which, they released a reunion album in 1977 and another one in 1983.

Here are their five best songs:

1. The House of the Rising Sun

The ultimate Animals song – it’s a traditional folk song and because of the Animals’ successful version, it’s been dubbed as the “first folk rock hit”. Eric Burdon first heard it from folk singer Johnny Handle in a club in Newcastle, England. At the time, they were touring with Chuck Berry and wanted something different to sing so they chose “The House of the Rising Sun” – they used it as their closing number throughout the trek. It was a hit with the audience so they decided to record it. Burdon told SongFacts, “‘House of the Rising Sun’ is a song that I was just fated to. It was made for me and I was made for it. It was a great song for the Chuck Berry tour because it was a way of reaching the audience without copying Chuck Berry. It was a great trick and it worked. It actually wasn’t only a great trick, it was a great recording.”

The band wrote this as their protest song against the Vietnam War. It features a spoken word dedication by Burdon at the beginning. At a 2010 concert, however, Burdon shared that it’s about an evening in San Francisco with Janis Joplin. Burdon told NME in 1967, “The record company was afraid I would offend England if I released ‘San Franciscan Nights’. They thought I had offered enough insults to England.”

3. We Gotta Get Out of This Place

This became a popular song among the United States Armed Forces members during the Vietnam War. Written by the husband and wife songwriting duo Barry Mann and Cynthia Weil, it was initially intended for The Righteous Brothers but record executive Allen Klein gave Mann’s demo to Animals producer Mickie Most. With his raw and fierce vocals, Burdon’s delivery was full of angst and energy that it went on to influence punk rock acts.

4. Don’t Let Me Be Misunderstood

Originally recorded by Nina Simone in 1964, the Animals’ blues rock rendition became a huge hit a year later. Burdon said, “It was never considered pop material, but it somehow got passed on to us and we fell in love with it immediately.” In 2012, Bruce Springsteen admitted he drew inspiration from it for his 1978 song “Badlands” – it’s also where he based his riff.

Another hit for the band, it was written by Gerry Goffin and Carole King. It’s their first single with drummer Barry Jenkins who stepped in to replace founding member John Steel a few months earlier. Burdon told SongFacts, “I didn’t realize that it was a Goffin, King song until I was in a doctor’s office in Beverly Hills and Ms. King came in and sat next to me. I didn’t know it was her, I was just reading a magazine and she turned to me and said, ‘You know, I hated what you did to my song.’ I didn’t know what to say, so all I said was, ‘well, sorry.’ and then as she got up to go into the doctor’s office, she turned around and said, ‘but I got used to it.'”