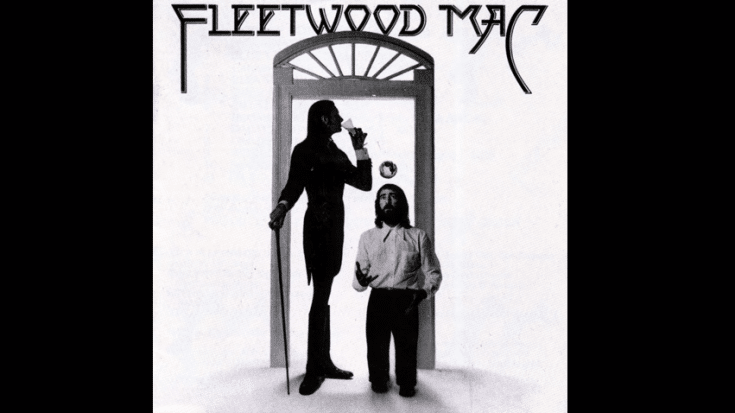 One Of The World’s Best-Selling Bands

Along with their rise to the proverbial top of rock ‘n roll, Fleetwood Mac also made headlines because of conflict and tension between members, relationship problems, and even lawsuits. There’s no shortage of drama but even so, that doesn’t take away the fact that they have such a rich catalog of classic hits that have stood the test of time.

Their songs are staples in classic rock radio stations and the next generation of musicians covered their most enduring tracks. Now here are five songs that best define their career.

Stevie Nicks often introduced this in concerts by saying, “This song’s about an old Welsh witch.” She actually discovered “Rhiannon” after reading the novel Triad by Mary Bartlet Leader. Interestingly, it was after she finished writing the lyrics when she found out about the Welsh goddess Rhiannon but was amazed that the song fit the Welsh story too.

Nicks wrote this in just 10 minutes but when she played it to the band, they weren’t exactly thrilled. Still, she pushed on and they recorded it even though Christine McVie found it “boring” after hearing Nicks’ rough version. It all changed though when Lindsey Buckingham stepped in. Nicks told The Daily Mail in 2009, “I remember the night I wrote ‘Dreams.’ I walked in and handed a cassette of the song to Lindsey. It was a rough take, just me singing solo and playing piano. Even though he was mad with me at the time, Lindsey played it and then looked up at me and smiled. What was going on between us was sad. We were couples who couldn’t make it through. But, as musicians, we still respected each other – and we got some brilliant songs out of it.”

Nicks wrote it before joining Fleetwood Mac. She was at a crossroads and was confused whether she should go back to school or continue to pursue a career in music with then-boyfriend Lindsey Buckingham. At the time, they were visiting Aspen, Colorado and she got the idea for the song while “looking out at the Rocky Mountains pondering the avalanche of everything that had come crashing down on us … at that moment, my life truly felt like a landslide in many ways.”

A group effort, this is a staple in their live repertoire. It developed from Christine McVie’s song called “Butter Cookie (Keep Me There)” and it has elements of hard rock, folk, and country. Nicks wrote the lyrics as her relationship with Buckingham was falling apart – they shared the lead vocal duties on this song. Mick Fleetwood said, “‘The Chain’ basically came out of a jam. That song was put together as distinct from someone literally sitting down and writing a song. It was very much collectively a band composition.”

Written by Buckingham, this was his way of channeling his anger and frustration over ex-girlfriend Stevie Nicks. It was the first song he wrote for their landmark album “Rumours”. He recalled, “I was completely devastated when she took off. And yet I had to make hits for her. I had to do a lot of things for her that I really didn’t want to do. And yet I did them. So on one level I was a complete professional in rising above that, but there was a lot of pent-up frustration and anger towards Stevie in me for many years.” The lyrics angered Nicks too especially when they had to perform it live. This is perhaps the most popular break up song.