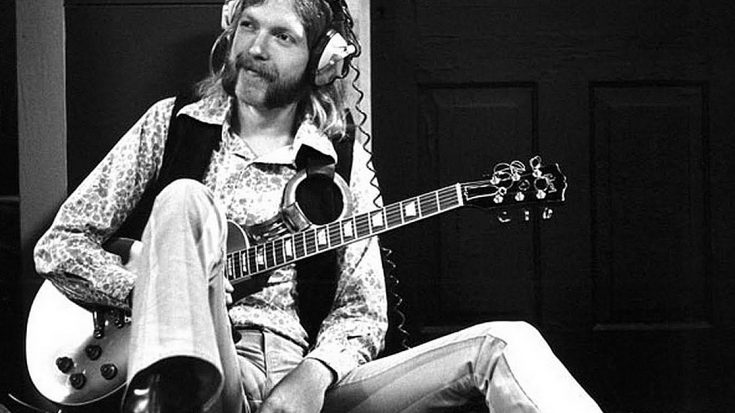 New Year’s resolutions. We’ve all made them and by the second week of January we’ve already reverted to our old ways (that usually don’t involve going to the gym everyday as originally promised). Late legend Duane Allman of the Allman Brothers Band, however, proved to be as disciplined with the goals he set for himself as he was with honing his craft when he sat down on the first day of 1969 and opened his journal to write down what he hoped to accomplish in the year ahead. He was 22, and already a highly sought after session musician – how on earth could things get any better?

“This year I will be more thoughtful of my fellow man, exert more effort in each of my endeavors, professionally as well as personally. Take love wherever I find it, and offer it to everyone who will take it.

In this coming year I will seek knowledge from those wiser than me and try to teach those who wish to learn from me. I love being alive and I will be the best man I possibly can.”

As it turns out, Duane’s New Year’s resolution would change his life completely. 1969 was a year that saw the Allman Brothers Band catapulted into fame with their debut solo album – one that spawned “Whipping Post” and “It’s Not My Cross to Bear” and decades later found critics and fans alike hailing the Allman Brothers Band’s unique, fiercely honest brand of blues drenched Southern rock and the solid show of power that was the band’s debut album. The effort exerted in his endeavors, love shown to and received from those in his circle and dedication to seeking and sharing knowledge resulted in the beginning of Duane’s legacy as one of the most respected musicians to ever draw breath.

And you thought New Year’s resolutions were nonsense!