47 Years Ago: WNBC Bans Brewer & Shipley’s “One Toke Over The Line” And Yes, It’s Still Funny 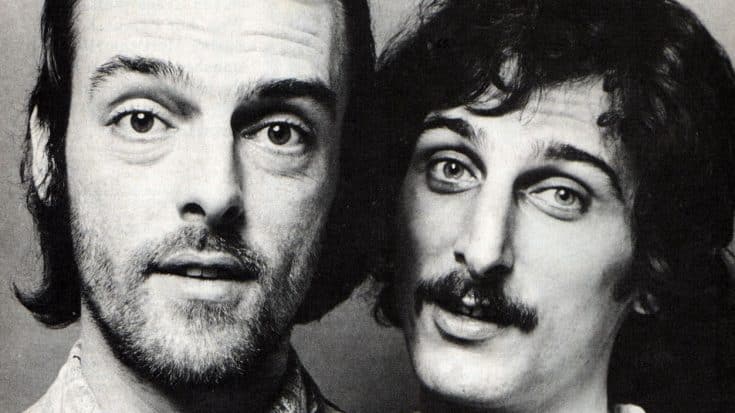 Oh, To Be Young Again!

If Brewer and Shipley’s ‘One Toke Over The Line’ doesn’t make you smile or at the very least, get a laugh out of you, then we simply cannot help you – that’s how awesome this song is! Nevermind the painfully obvious drug reference implied with “toke,” it’s just generally a pretty happy, feel-good kind of song, and Brewer and Shipley deliver some of the most solid two part harmonies I’ve ever heard. Written in 1969 and featured on the duo’s 1970 album Tarkio, ‘One Toke Over The Line’ was banned on more than a few radio stations when it debuted, and was even targeted by Vice President Spiro Agnew for its “subversive” nature.

Fun Fact: Unsurprisingly, Brewer and Shipley enjoyed a pretty good giggle as they wrote ‘One Toke Over The Line,’ initially meaning it as a joke.

Even funnier, still; despite the backlash over a song about smoking marijuana, the ultra conservative Lawrence Welk Show featured a toned down, religious cover of ‘One Toke Over The Line’ by a duo named Gail and Dale that was met with critical acclaim for being “wholesome”. Regardless of the drama surrounding this feel good tune, this is an American classic if there ever was one, and sums up what it was to be young in the 70s!