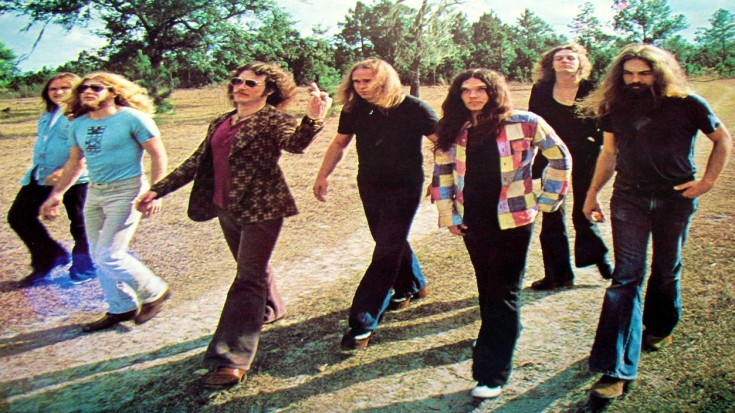 Released 42 years ago today and following hot on the heels of their critically acclaimed sophomore album Second Helping, Lynyrd Skynyrd’s third studio album Nuthin’ Fancy is an album whose self-deprecating title betrays the wealth of timeless music it holds. Boasting 8 high octane tracks (10, if you count the live versions of “On The Hunt” and “Railroad Song” featured on the reissue) that showed off the band’s heavier, much rawer sound, the album marked a serious turning point for Lynyrd Skynyrd who, for the first time, cracked the Top 10 on Billboard’s US Album Chart.

Nuthin’ Fancy’s March 24, 1975 release also marked the official debut of brand new drummer Artimus Pyle, guitarist Ed King’s final album with the band until the release of 1991 over a decade later, and Lynyrd Skynyrd’s very first time playing outside of North America, and venturing into Europe. So much to celebrate, so little time! 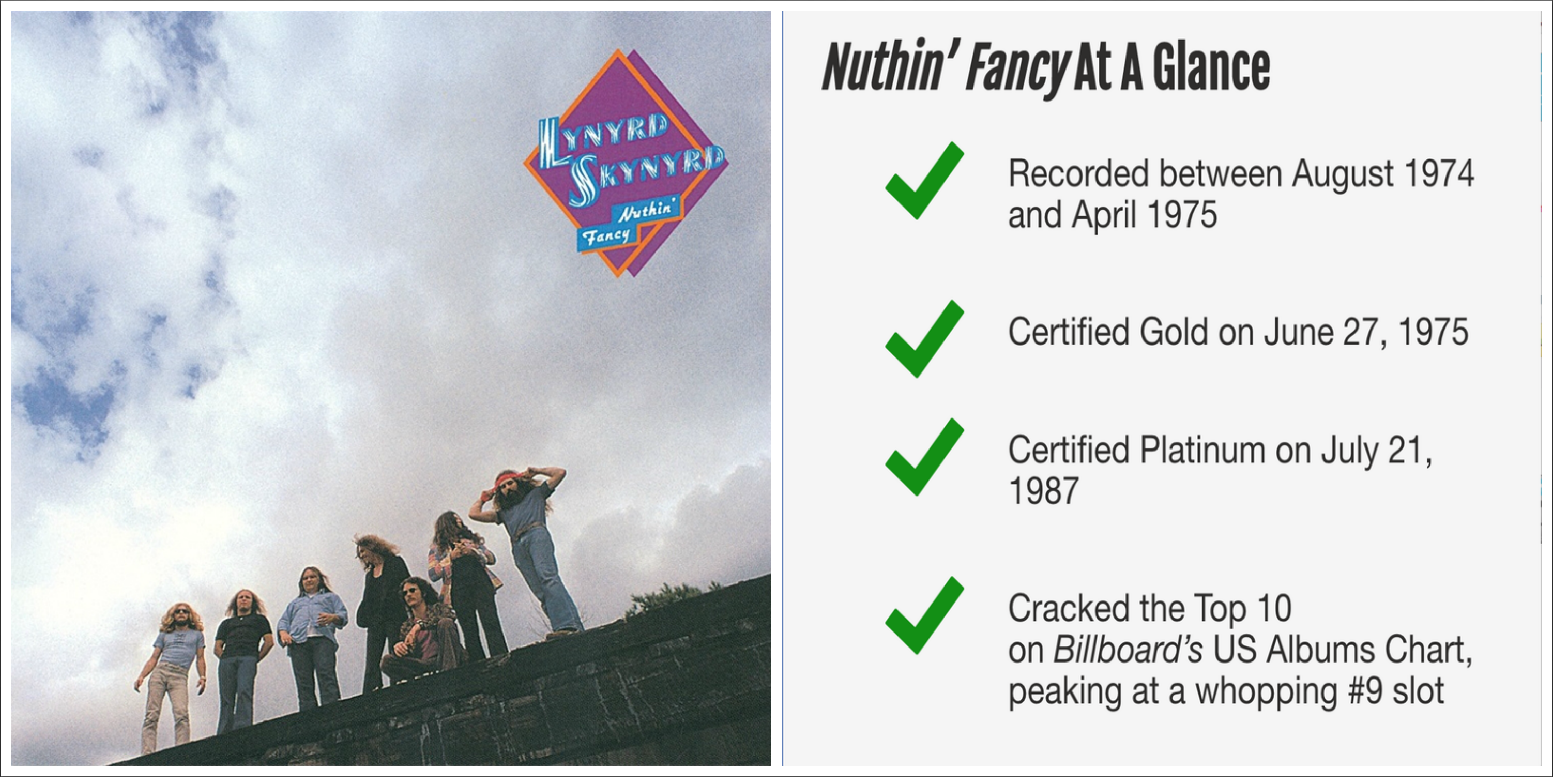 AllMusic contributor Stephen Thomas Erlewine said it best when he summed up the album’s legacy by saying, “Most rock bands would give their left arm for a record that swaggers and hits as hard as Nuthin’ Fancy,” and we’re inclined to agree! Loved for its raw edge and heavy sound that highlights the talents of the band as separate moving parts, Nuthin’ Fancy celebrates Ronnie Van Zant’s tremendous gift for writing and singing deeply personal material with “Am I Losing” while highlighting veteran guitarist Gary Rossington whose snappy guitar playing dominates our favorite track, “On The Hunt”.

It’s been 4 decades since the album’s release and while the title jokingly implies that the album isn’t anything special, we know that that’s not true – this is one of the finest albums ever made by the Jacksonville rockers, and we look forward to 42 more years of movin’ and groovin’ to the timeless and hard rockin’ Nuthin’ Fancy!