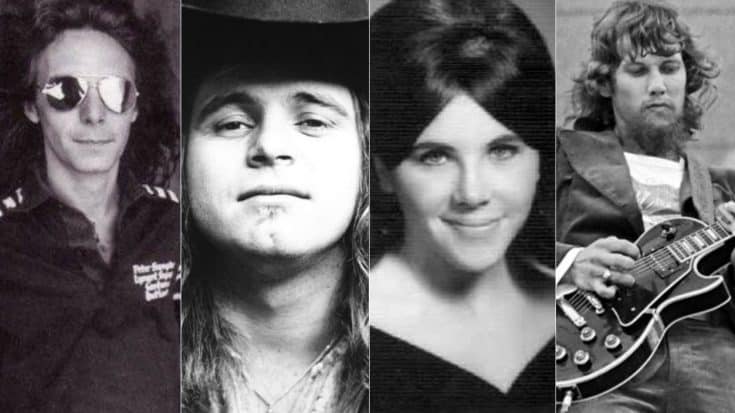 Ronnie Van Zant was a lot of things.

A poet for the every man, fiercely determined in his pursuit of excellence, and one of the greatest frontmen to ever grace a stage – but most importantly, Ronnie Van Zant was a champion for those in whom he saw greatness, possessing the uncanny ability to sniff out the talents that lay within those around them and flatly refuse to allow them to squander their gifts.

Whether it was exposing former roadie Billy Powell’s hidden talent and subsequently shoving him into the spotlight as Lynyrd Skynyrd’s beloved piano player or pushing his bandmates to their limits with endless band practice sessions in the sweltering heat of the band’s famed Hell House, Ronnie knew how to spot, draw out, and highlight the greatness in all who crossed his path – a trait that brought him together with siblings and future bandmates Steve and Cassie Gaines.

"I work seven days a week, eight when I am able. When you take my money from me, you take food from my mama's table" #music #rock

A fiercely gifted musician whose dedication to his craft inspired his bandmates in ways they’d never imagined, guitarist Steve Gaines was an absolute force to be reckoned with, a quadruple threat if there ever was one; he could sing, he could write, he could compose, and good heavens he could play. He came at the recommendation of older sister Cassie whose own class, professionalism and sheer vocal prowess immediately stood out as the much needed balance to a life that could at times run away with them saw her tapped to join Lynyrd Skynyrd as a Honkette – an element as crucial to Lynyrd Skynyrd’s sound as the band’s three guitar attack and world class rhythm section.

He’d surpassed the expectations of his soon to be bandmates with a playing style that was equal parts finesse and brutal force, leaving them sure beyond the shadow of a doubt that the future held great things for the Oklahoma raised musician. With beloved road manager Dean Kilpatrick beautifully rounding out the cast of players who made Lynyrd Skynyrd run like the finely tuned Southern rock machine they’d more than earned their reputation for being, Ronnie Van Zant’s vision for a band that played honest music for real people and did it better than anyone else was complete, with the best still yet to come.

And just like that, four of Southern rock’s best, brightest, and most fiercely beloved were gone.

In retrospect, that’s what makes the tragedy of October 20, 1977 even more maddening; it’s the unfairness of being gifted with once in a lifetime talents and having them cruelly snatched away from us. It’s the most frustrating thing to love them fiercely while they’re here and speculate on the greatness they’re slated to achieve and then wake up one day, as we did 41 years ago today, to discover that all of our hopes and dreams are just…gone, like a thief in the night.

41 years later, the vision that sprang to life on a dusty Jacksonville baseball diamond lives on, much like the memories of those we loved and lost that day. With Ronnie’s brother Johnny at the helm, Lynyrd Skynyrd roared back in their honor – continuing the legacy of a band who, despite being dealt some of the cruelest twists of fate possible, rise and rise again in direct defiance of any obstacle foolish enough to place itself in the way of their dreams.

Our free birds Ronnie, Cassie, Steve, and Dean are in our hearts today and every day, and we know that they’re every bit as proud as we are of the job their bandmates have done preserving their legacies and celebrating their lives and talents.