40 Years On, Blue Öyster Cult Are Still Rocking The Masses With “(Don’t Fear) The Reaper” 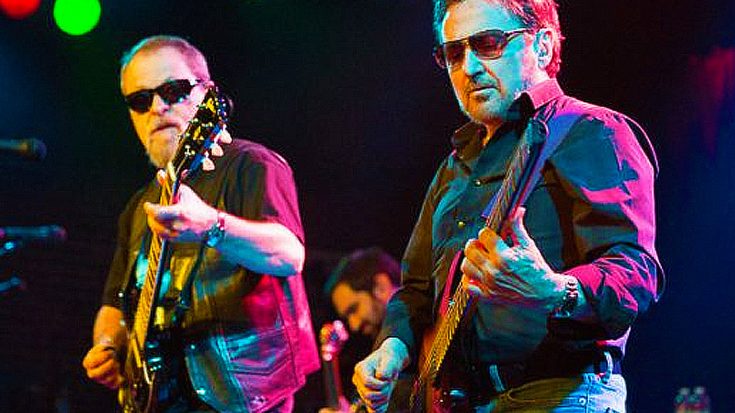 Before Blue Öyster Cult’s 1976 smash hit ‘(Don’t Fear) The Reaper’ became a pop culture reference featuring Will Ferrell in a tiny shirt brandishing a cowbell, it was the band’s biggest hit to date. It’s the perfect blend of catchy and haunting, and showcases the often underrated talent of Blue Öyster Cult guitarist Buck Dharma.

This live performance featuring the boys playing ‘(Don’t Fear) The Reaper’ finally puts a face to a song that we’ve sung – and later, laughed – to over the years, and somehow it fits the song perfectly; the lights are an eerie mixture of pinks and purples, and Eric Bloom is wearing his trademark sunglasses despite the venue’s obvious darkness, adding to the song’s mysterious nature.

Rumored to be about suicide, “(Don’t Fear) The Reaper” actually deals with the inevitability of death and the belief that we should not fear it.

If you were wondering why a song like ‘(Don’t Fear) The Reaper’ has stood the test of time nearly 40 years after its release, this performance from the band’s upcoming Audience Network concert is proof! Blue Öyster Cult knew how to take a song of that magnitude from the studio to the stage almost flawlessly, and their “what you see is what you get” approach to rock and roll makes for an incredibly fun performance.