40 Years Ago: Michael McDonald Makes Doobie Brothers Debut With ‘Takin’ It To The Streets’ 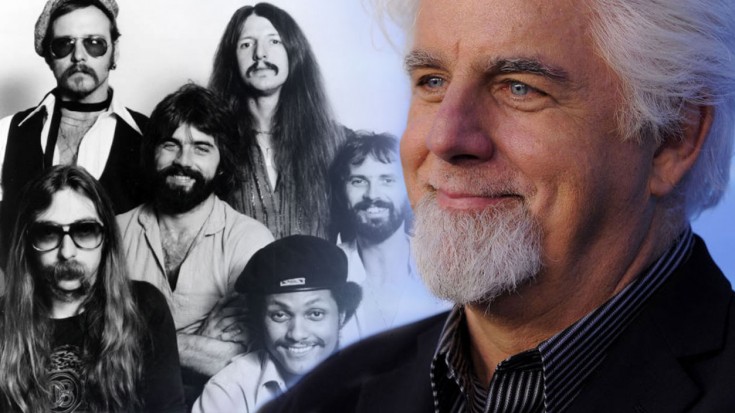 Left: YouTube via City by the Bay; Right: pilotonline.com via AP

Celebrating 40 Years Of Takin’ It To The Streets!

Released 40 years ago today, The Doobie Brothers’ Takin’ It To The Streets marked a dramatic shift in the band’s evolution; one where after five albums, fans saw The Doobie Brothers exchanging their rock driven sound for the stunning mellow, soulful sound that became their sixth studio album.

A 9-track romp through Latin-inspired rhythms brought to the table by Steely Dan alumni Jeff Baxter and an introduction to the vocal talents of newcomer Michael McDonald, Takin’ It To The Streets made its debut on March 19, 1976 and 4 decades later, it’s become one of the band’s most critically acclaimed albums.

No wonder it shot to the top of the charts, snagging the coveted #8 slot on Billboard’s Pop Album Chart!

Takin’ It To The Streets At A Glance

With a title track like “Takin’ It To The Streets,” we’re introduced to the electrifying Michael McDonald filling in for the talented Tom Johnston (who appears on the album opener “Wheels Of Fortune” and again on “Turn It Loose”) and re-introduced to the wealth of talent from band members like Tiran Porter – whose songwriting chops come out to play on his tribute to Johnston “For Someone Special” – and Patrick Simmons, who led the charge on the album’s upbeat “8th Avenue Shuffle”.

Boasting an impressive collection of songs that were clearly made for celebrating, dancing and a little romancing, this is an album that has definitely stood up to the test of time – and we’re looking forward to the next 40 years of Takin’ It To The Streets!