4-Year-Old Jonah ROCKS This Cover Of The Who’s “Won’t Get Fooled Again”! 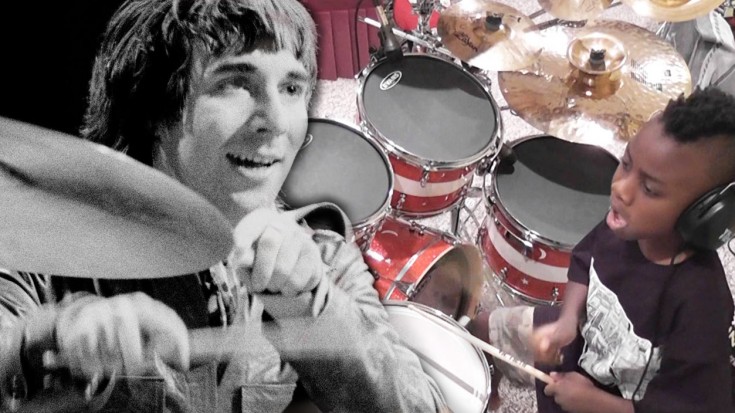 At 4 years old, I didn’t even really like music, much less want to play it. 4-year-old Jonah Rocks, however, is another story entirely! This cover of ‘Won’t Get Fooled Again’ by The Who is played entirely by ear – basically, Jonah is mimicking everything he hears, and he just magically knows where to add drum fills when necessary! Whatever energy took hold of the late, great Keith Moon has apparently made its way into little Jonah – this kid has a talent that is absolutely out of this world!

Jonah pretty much runs his own show, amazingly enough! He’s completely self taught, and chooses his own music when he wants to “do a YouTube”. When he’s not practicing music he loves playing soccer, going ice skating, and playing video games with his friends!

What an amazing (and adorable!) kid! So far, Jonah’s had the chance to play with Blink 182’s Travis Barker, Bryan Adams, and even Eric Singer of KISS! Just…wow. I’m blown away by how much fun Jonah clearly has when he’s behind his kit, and how precise he is.

Great job, Jonah Rocks – we can’t wait to see what other awesome things your talent will bring your way!