38 Years Ago Today: John Lennon Was Tragically Killed And The World Would Never Be The Same, Again… 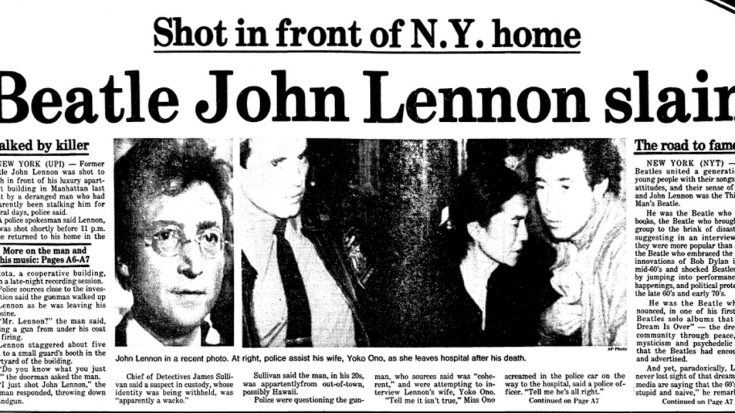 One Of The Saddest Days In History…

It was late in the evening of December 8th, 1980, when tragedy would strike and change the course of music history forever. John Lennon and wife Yoko Ono had just arrived at their New York apartment when an unstable Mark David Chapman would shoot John Lennon, a man that John Lennon signed an autograph for earlier that night.

Soon after, Lennon was rushed to Roosevelt Hospital shortly after, but it was all too late. John Lennon was declared dead just as soon as he arrived.

Me, personally, I wan’t born during this time, but my father describes it as one of the most saddening times in modern history (at the time). It will not only be forever known as a day in sadness, but also a day where family, friends, and fans alike were united to mourn the icon. And even to this day, he is sorely missed. RIP John Winston Lennon. He was 40 years of age.