30 Years Ago: Mötley Crüe Duke It Out With MTV After This Video Is Banned For Being A Little Too…Real 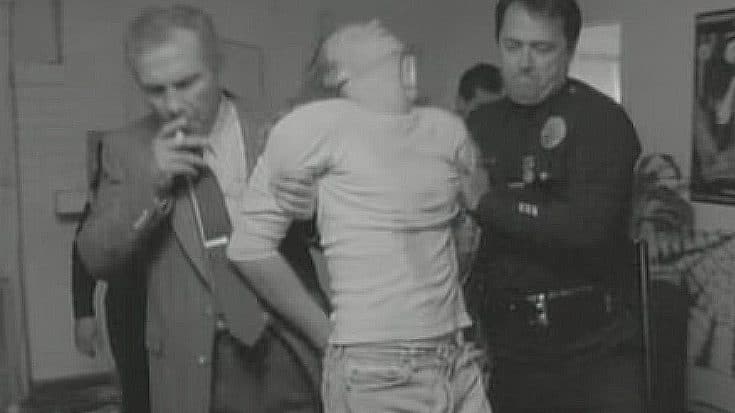 While these days I wish MTV were a little more…discerning in the content they air, if only to allow for the return of music videos (it is ‘Music Television,’ after all), there was once a time when the network heavily censored their content, going so far as to move certain music videos to a later rotation to avoid the risk of young eyes seeing something they shouldn’t and in the case of Mötley Crüe, actually banning videos for being a little too heavy.

In 1987, Mötley Crüe proved to be just a little too dangerous for MTV when the first cut for their video “You’re All I Need” was banned, the domestic violence and subsequent murder of a woman at the hands of her boyfriend before he’s carted away by police – while being an all too real subject for all too many people – too violent to air at any point in the day. Directed by Wayne Isham, “You’re All I Need” was shot entirely in black and white and after facing backlash for crafting a music video around a subject matter that’s sadly all too commonplace, Mötley Crüe bassist Nikki Sixx felt compelled to issue a statement in response to what was very clearly a misunderstanding as to what Mötley Crüe was trying to accomplish.

MTV And Censorship: Music Videos That Were Banned By MTV

Mötley Crüe are in good company; theirs wasn’t the first music video to be banned by MTV, and something tells us it won’t be the last. Here’s a look at some other music videos that were banned by MTV:

“There’s a positive and negative side to everything,” Sixx noted in a statement. “That includes the music and videos of Mötley Crüe. But some people seem to focus only on the negative.

‘You’re All I Need’ doesn’t condone or exploit this tragedy. It clearly shows how one life is destroyed and another ruined forever. And it’s probably a lot less graphic than much of what we see on the 6 o’clock news every night.”

Despite the controversy that swirled around it, “You’re All I Need” gave Mötley Crüe a crossover hit but ultimately not the boost they were looking for, coming in hot at the #83 slot on the Billboard Hot 100. All’s well that end’s well, though; Crüe’s moment came two years later with Dr. Feelgood, “Without You” soaring to the #8 spot on the Billboard Hot 100 and best of all, you get to see the video for “You’re All I Need” in its entirety just below. Enjoy!