27-Year-Old Peter Frampton Performs “Show Me The Way” In ’77, And He’s Never Been Dreamier 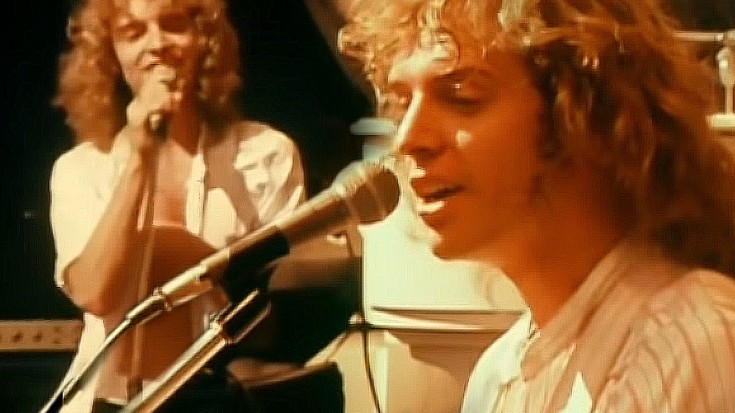 The only thing better than Peter Frampton is Peter Frampton at 27: blonde, beautiful, and at the height of an already wildly successful career! In 1977, Peter and his magic talkbox took the stage at the iconic Oakland Coliseum for a career defining performance  at Day On The Green that included ‘Show Me The Way,’ his biggest hit of the 70’s. We don’t know if it’s the combination of the sun beaming down on Peter or the upbeat, happy sounds of ‘Show Me The Way’ filtering through the throng of screaming fans, but it sure feels like we’re in the middle of a pretty magical moment – no wonder Peter’s appearance was one of the most talked about performances of the day!

‘Show Me The Way’ was featured on Peter’s debut album Frampton, and is still his biggest hit! The talkbox effect was also a huge hit – even though it cost amateur musicians a few fillings after they sent electric currents into their mouths!

Despite being impossibly young and holding his own that day at Day On The Green against the likes of Lynyrd Skynyrd and Santana, Peter’s performance of ‘Show Me The Way’ definitely appealed to a younger, female portion of the crowd who were as in love with his sun kissed Southern California good looks as they were with his voice, and went down as one of the more memorable moments of the festival!

Who can I believe in?
I’m kneeling on the floor
There has to be a force, who do I phone?

Well, I can see no reason
You’re living on your nerves
When someone drops a cup and I submerge