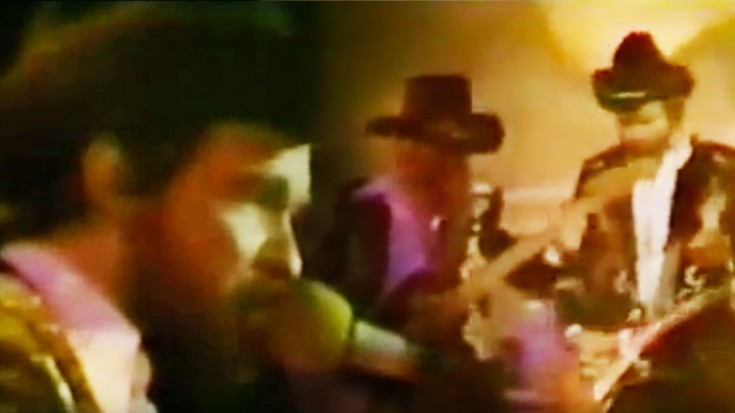 From ZZ Top’s second album, Rio Grande Mud, “Chevrolet” graced Side A as the last track where the 27-year-old boys went hard with “hallelujah’s,” and promoted the inspiration they felt from the beauty of the Rio Grande. Performing on the Largo, MD stage, Billy, Dusty and Beard sound better than ever, at the greatest time in their career– most fans would agree.

Interesting Fact: AllMusic gave the album 3.5 stars stating: “With their second album, Rio Grande Mud, ZZ Top uses the sound they sketched out on their debut as a blueprint, yet they tweak it in slight but important ways.”

It’s no surprise that the southern rockers had a song about the Chevrolet on their second album, considering cars are a major passion for all three band members. Released in 1972, remixed in ’73 and re-remixed and re-released in 2012, Rio Grande Mud proved to be a vibrant force back in ’72 following ZZ Top’s First Album, reaching #104 on the Billboard 200.

Largo, Maryland functioned as one of the greatest venues in the 60’s, 70’s and 80’s, housing and welcoming artists from all over the world, and on November 11, 1976, it was ZZ Top’s turn. Some fans would argue that the band has strayed from their traditional deep bluesy groove over the years, but it is nice to go back to a time when these young men were in their prime on and off stage.

In a flat Forty-One with my strat by the door
we was goin’ to the country for what we came for.
I’m sure you’ve smelled the trees in the air.
The best of motor cruisin’s just the joy to get there.

I was approachin’ Simonton down by the cotton gin.
There was old man Berkman trying to flag me in.
He asked if I would stay awhile and if I needed gas.
I said, “No thanks, anyhow I don’t drive too fast.”

I took the road down to Cinco
through that red Brazos River land,
done hit that freeway at sunset.
Now the big city lights are at hand.