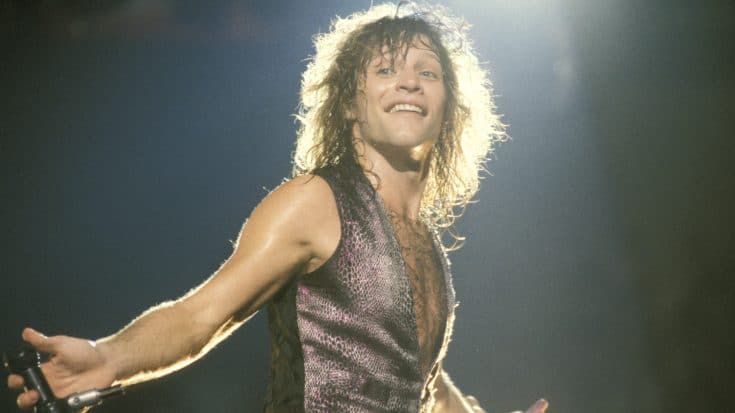 A breakdown of a song is what most of the time makes us want to listen for more. It’s that sudden feeling that all your attention has been given to the spotlight of the drums or the vocals or both. We listed 20 of the greatest vocals and drum breakdown parts in rock songs. Take a look below.

20. Cheap Trick, “I Want You to Want Me” (At Budokan version)
“I Want You to Want Me”’s studio version is alright, but it has about a 10th of the liveliness of the more familiar 1978 live cut. More so, it does not possess the live version’s song-ending-part; when Cheap Trick’s singer, Robin Zander, and drummer, Bun E. Carlos, which resembled the taxi dispatcher, drive those Tokyo girls out of their minds.

19. Bon Jovi, “You Give Love a Bad Name”
Jon Bon Jovi hit the jackpot with this track, the initial single in 1986’s big leap, Slippery When Wet album. The entire record was fine-tuned to be staged in arenas, and “Bad Name” is Exhibit A, with its chant-type chorus and loud-bang drums, both of which heard at the 2:45 mark, of high quality effect.

18. Robert Palmer, “Simply Irresistible”
Most probably the most suave of rock stars, Robert Palmer also possessed a keen detail for dynamics in a song. When he emerges firing following the second chorus at 2:16, only his vocals and beat from Dony Wynn’s drums can be heard playing. It’s a precise, well-calibrated, and unexpected breakdown, and it spices up the track as he leads into the third chorus.

17. Whitesnake, “Slow an’ Easy”
The 2:47 part is constructed to resemble a live crowd clapping along, but in reality that sound is just made by the band in the studio by recording with microphones and adding some sound effects. If you think of mimicking the audience clapping along with your hot vocals, just cue up “Slow an’ Easy.”

15. Queen, “I Want it All”
It seems as if Freddie Mercury is belting while on the highest mountain peak, with the breeze brushing through his face – “Here’s to the future! / Hear the cry of youth!” – all if a sudden the other three members of Queen appear on the mountain peak. This chorus, playing next to Roger Taylor’s drums while sitting on his peak, makes its request at 3:13 – “I want it all! / And I want it now!” And at that moment, you realize that the band is not demanding for their desires; they’re just about to seize it.

13. Journey, “Ask the Lonely”
Supposedly the fifth single from 1983’s Frontiers, “Ask the Lonely” showcases a classic, captivating and substantial Neal Schon guitar solo, but instead of just going through the chorus once again at 2:40, they repeat the chorus … this time a cappella. Then Steve Smith’s drums kick in and you get an unusual Journey – the part that snaps out from the pressure and returns to the chorus. It’s the most ideal part and on one of their greatest songs.

12. Rage Against the Machine, “Calm Like a Bomb”
The song progresses, with the bomb lyrics going off, over what seems like an extraterrestrial invasion in a huge city, putting down everything that crosses its way. And at 4:31, when you think it can’t get any more extreme, it’s just drums and vocals – and it’s a whisper: “There’s a right to obey and there’s a right to kill.” And you discern then that you were incorrect – it’s just getting more chaotic.

11. The Rolling Stones, “I Go Wild”
Mick Jagger’s doctor detailed everything Mick should avoid for him to live a better life. Although most of us would be told not to take in much liquor and avoid too much salt or sugar, Mick has to drop “politician’s garish wives / With alcoholic cunts like knives.” Because Mick is Mick. And the amazing Charlie Watts slowly includes a few rolls and fills until 3:23, when the additional instruments halt and it’s just him and Mick and the backup vocals, chanting “I go wild!” in complete opposition of Mick’s doctor. And when they performed the song live, they prolonged this part to double its recorded duration, not to emphasize it in the doctor’s face, but because it’s the best part of the song.

10. Kiss, “Do You Love Me”
In an extraordinary guitar-and-vocal part that starts a track, Paul Stanley and Peter Criss build up everything Stanley’s female friend is fond about spending time with him. We think the track begins this form to emphasize the part when Stanley says, “You like my seven-inch [pause] leather heels,” because the halt is there to make the listener believe, for a while, that he’s referring to the measurement of Little Paul, which might baffle the lady he’s talking to because she’s aware he’s overemphasizing. His Little Paul were only three or four inches, on a fine night.

9. Audioslave, “One and the Same”
On 2006’s Revelations, Audioslave’s concluding album, the group made a blasphemous stir of metal, funk and sounds that appeared to foretell the future. But the group disbanded a while after its release. There was a clear chance of “One and the Same” being a song by War, if War had had Tom Morello playing guitar – the sound is deep and the guitar is deafening and extra-terrestrial-sounding. The group made way at 2:36 to let singer Chris Cornell and drummer Brad Wilk be heard; their part is the kind of push that grabs the listeners attention.

8. Bee Gees, “Jive Talkin’”
The flow of this huge success imitates the sound the Bee Gees’ vehicle gave off while going through the bridge into Miami for their recording schedules. If that’s factual, it’s one of the excellent parts that incidentally took the chance in pop music, and one of the greatest. The beat emphasized at the beginning of the song, but it’s when the chorus plays at 1:51 and it’s just vocals and beats, that the excellence of the entire part gets mind-blowing.

7. Neil Young and Crazy Horse, “Too Lonely”
Heard halfway through a Neil Young track that people somehow dislike, this hard-rock disposition analysis showcases two amazing parts heard at 1:31 and 2:24. The savage live performance Young has made out from his archive disregards the studio effects and the backup parts, revealing the natural power of the Young and the rock band.

6. Phil Collins, “In the Air Tonight”
It’s not particularly a percussion and voice part, but the drum solo heard at 3:16 in Phil Collins’ initial solo track is exemplary and worthy mentioning in this list.

5. Bruce Springsteen, “Born in the U.S.A.”
On this track, the string accompaniments and beat drops at 2:30, and it’s just Bruce Springsteen, drummer, Max Weinberg, and Roy Bittan on the synth, and the song’s tale goes from a difficult past to an unsure present. “Ten years burnin’ down the road,” Springsteen screams in his most husky voice, “Nowhere to run ain’t got nowhere to go.” The listener gets to concentrate on those parts, to let them sink in. That’s the most eerie bit of the track, and it’s eerie because there’s virtually nothing to divert the listeners’ attention from it.

4. Kings of Leon, “Red Morning Light”
In which the “Sex on Fire” dude, before he was the “Sex on Fire” dude, talks about a fragile “dirty bird” of the streets who’s “giving all [her] cinnamon away.” All the grouchy guitar strummin’ in 1:41 fades and it’s just the beats, a cowbell and the upcoming “Sex on Fire” dude muttering about birds and cinnamon, and you notice that you’re listening either to the craziest or most fervent sound that will ever be heard off of this guy’s mouth. And you just go with the glow, because whether crazy or fervent, it’s the greatest sound in the room at that time.

3. George Harrison, “Got My Mind Set on You”
Another example of the percussion and vocal breakdown starting the track, only we’ve come to discover the beats weren’t from Jim Keltner, but Jim Keltner’s drum machine. Nonetheless, the voice was a layering of George Harrison’s and Jeff Lynne’s vocals, all bright and fancied up, as all Jeff Lynne staff of the era was in that moment.

2. ZZ Top, “Somebody Else Been Shakin’ Your Tree”
The initial track on the first ZZ Top album granted all a bite off of the group’s honky-tonk Zeppelin musical style, and when Billy Gibbons and Frank Beard partook in a little percussion and voice session aside to the crowd at 1:44, one could easily be convinced that this was as great as it could be, meaning the following 50 or so years were just an appetizer.

1. Joan Jett & the Blackhearts, “I Love Rock ‘n’ Roll”
Every pre-chorus concludes with a distinct part, but it’s the final one – where Joan Jett lengthens the pre-chorus – “And we’ll be movin’ on and / Singin’ that same old song / Yeah, with me”) and leads into the chorus at 2:27 without the guitar part. That’s where the coolness takes place. It’s where the crowd screams at the top of their lungs because they can be heard most evidently.