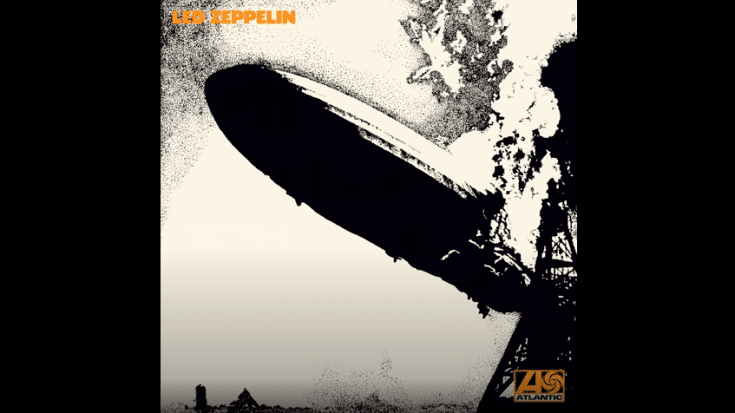 One Of The Greatest Rock Acts Of The 1970s

Led Zeppelin is the link between blues-based rock music and modern rock. They’ve had their controversies over the years but the fact remains that with the band’s collective genius and individual virtuosity, their impact on the music industry cannot be stated enough.

Now, we’re looking back at some of their career highlights.

1. Each member of the band was already well-established as session musicians before they got together – it’s actually how guitarist Jimmy Page knew bassist John Paul Jones.

2. Terry Reid turned down the offer to be Led Zeppelin’s frontman and instead, recommended Robert Plant. Reid later told Guitar magazine, “I don’t sit around going over old coals, ‘Oh, if only I’d have joined Led Zeppelin.’ I have a career. I can’t put up with bullshit.”

3. John Bonham was also Page’s second choice and his first was B.J. Wilson from Procol Harum. Page said in Procol Harum: The Ghosts of a Whiter Shade of Pale, “There was nobody to touch him. He almost orchestrated with his drumming…with his uniqueness on the kit. And that’s what he had. He was very special indeed. There was nobody in the world that could drum like B.J. Wilson.”

4. The Who’s Keith Moon gave them their name. Page wanted to form a supergroup with Jeff Beck, Moon, and John Entwistle. Moon said it would go down like a “Lead Balloon” and Page replied, “Those damn Americans will think it’s Lead (Leed) Zeppelin.”

5. They spent only 36 hours in the recording studio for their debut album and it cost $2,316 to complete. It’s a mix of originals and reworkings of contemporary blues and folk songs.

6. At 13 years old, Jimmy Page didn’t exactly want to be a rockstar. He guested on Huw Wheldon’s All Your Own talent quest programme where he played in a skiffle quartet. When asked what he wanted to do, he answered: “I want to do biological research [to find a cure for] cancer, if it isn’t discovered by then.”

7. Page was a perfectionist even with his choice of album covers and it sometimes resulted in the delay of the LP’s release.

8. They’ve never been a singles band especially since manager Peter Grant was against releasing singles. And so they only released one single – “Good Times Bad Times”.

9. They broke new sonic grounds with their songs like Jimmy Page’s reverse echo in “Whole Lotta Love”. Jones told Uncut: “The backwards echo stuff. A lot of the microphone techniques were just inspired. Using distance-miking… and small amplifiers. Everybody thinks we go in the studio with huge walls of amplifiers, but he doesn’t. He uses a really small amplifier and he just mikes it up really well, so that it fits into a sonic picture.”

11. Jimi Hendrix was a huge fan of John Bonham, so much so that he tried to hire him for his own band.

12. There are several myths surrounding the band which they neither confirmed nor denied such as the infamous mud shark incident.

13. Robert Plant once asked Free’s Paul Rodgers for advice. Rodgers shared in Ultimate Classic Rock Nights radio show, “He came back to our hotel for a cup of tea, and he said, ‘Oh, I met this guitar player down in London called Jimmy Page. Have you heard of him?’ And I said, ‘Yeah, a lot of people are talking about him. He’s a great session musician down in London.’ He said, ‘Yeah, they’ve offered me a job. They want to put a band together. They’ve offered me 30 quid a week or a percentage. What do you think?’ And I said, ‘Well, you know what I would do? I’d take the percentage.'”

14. Not wanting anyone to take the credit for their sound, Page produced all their albums and hired a different engineer each time.

15. Even with a stunning debut, critics weren’t impressed with Led Zeppelin accusing them of not having their own identity. The band responded with their magnum opus “Led Zeppelin IV.”

16. They appeared on only one TV show in June 1969. This is because they realized the poor sound quality no matter how stellar they actually played.

17. Jimmy Page was awarded an OBE in 2005 by Queen Elizabeth II and not for his contributions in music but for his charity work for Task Brazil and Action For Brazil’s Children’s Trust.

18. They never won a Grammy Award while they were still active as a band but they received the Lifetime Achievement Award in 2005.

19. Instead of continuing without Bonzo, the surviving members of Led Zeppelin decided to disband.