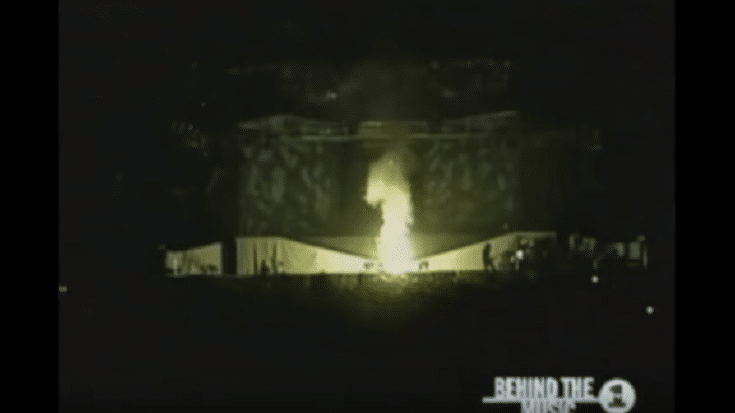 It was supposed to be a memorable concert for fans – rock titans Metallica and Guns N’ Roses co-headlining a stadium tour and powering through some of their hits. But the night ended in disaster. The Montreal gig was held at the Olympic Stadium which had a 55,000 capacity and all of the tickets were sold out.

Prior to the concert, the crew already told the band about increasing the aluminium powder charges for the pyrotechnics and putting the explosives around the stage. Just a couple of songs into their set, frontman James Hetfield accidentally steps into the flames.

He said on an episode of VH-1’s Behind The Music, “During ‘Fade to Black,’ I’m up there playing the part, and all these colored flames are going off. I’m a little confused on where I’m supposed to be. I walk forward, I walk back. And then pyro guy doesn’t see me, and ‘whoosh!’, a big colored flame goes right up under me. I’m burnt. My arm, my hand, completely down to the bone. The side of my face. Hair’s gone. Part of my back. I watched the skin just rising, all these things going wrong.”

Since Hetfield needed immediate medical attention and had to be rushed to the nearest hospital, Metallica didn’t have any choice but to cut their set short with Lars Ulrich explaining to the crowd what happened. When someone accidentally bumped into his injured hand backstage, Hetfield “just lost it” and he “screamed and punched him right in the nuts!”

Hetfield was treated for second- and third-degree burns. See the rest of the interview below.