Back In 1991, Steve Perry Performed With Journey For The Final Time | “Faithfully” Live 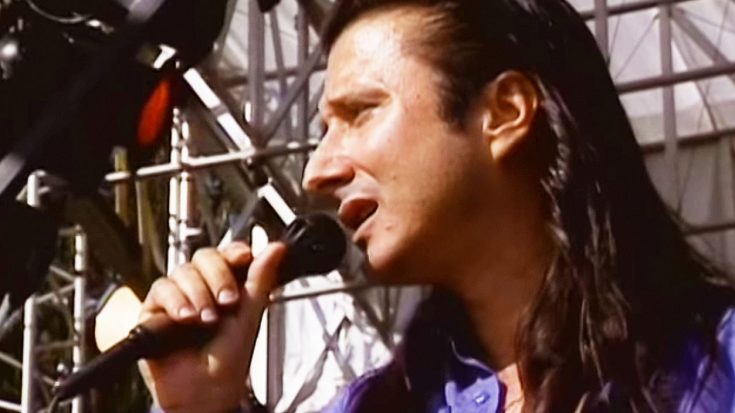 Journey’s final concert with Steve Perry took place in the band’s hometown of San Francisco, California. The band performed a short set of 2 songs at Golden Gate Park. They opened with their hit “Faithfully” and closed with a medley of “Lonely Road Without You” and “Lights.”

The performance is a little bit sad, to be honest. People know It’s the band’s last show, Steve Perry doesn’t sound like himself, the instrumentals are pretty par, and the crowd is just not into it. It’s almost as if the fans are at the band’s funeral. But, it’s still Journey, and for that reason it still sounds fantastic! Following this performance, Journey creased performing live. They had a tour planned in 1996 to promote the album they released that same year, but Steve Perry was involved in a hiking accident, and subsequently quit the band for a second time.

With the band being inducted into the Rock and Roll Hall of Fame this year, we’re hoping a reunion with Steve is in the works! It would only be appropriate to commemorate the occasion. Last we’ve heard from Steve about the induction, he released a one sentence statement basically saying he was happy that Journey received the honor.

So, we still have to wait for the official announcement on if he’ll join in on the celebration or not, but our fingers are crossed!