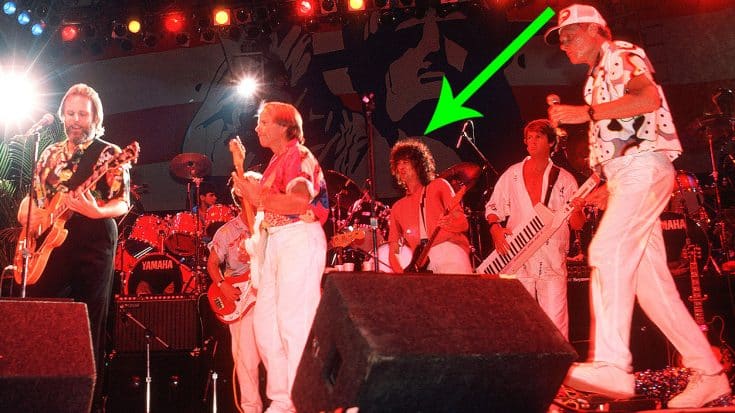 When you think of summertime and rock n’ roll, it’s difficult not to think of the Beach Boys. Travel to any waterpark, or beach and you’re bound to hear Beach Boy tunes blasting on someone’s stereo, and we can almost always associate the 4th of July with their music!

Back in 1985, The Beach Boys played 2 shows on the July 4th in Philadelphia and Washington D.C. For further celebration, the Boys invited Led Zeppelin’s very own Jimmy Page along for the shows to join them on guitar. Page’s presence is excellent in this performance. He doesn’t drown out the Beach Boys, but rather compliments them extremely well. It makes the songs they play sound a lot more rockier, rather than a laid back vibe!

Fun Fact:The lyrics are basically a guide to good surf locations, but the “Surfin’ U.S.A.” music was based on Chuck Berry’s 1958 hit “Sweet Little Sixteen.” The Beach Boys did it as a tribute to Berry, but didn’t get his permission first – maybe because Berry was in jail for transporting a minor across state lines. When Berry threatened to sue, The Beach Boys agreed to give him most of the royalties and list him as the song’s composer. The song also helped build Berry’s legend while he served his time.

Check out this iconic performance down below, and let us know what you think! Happy 4th, everybody!