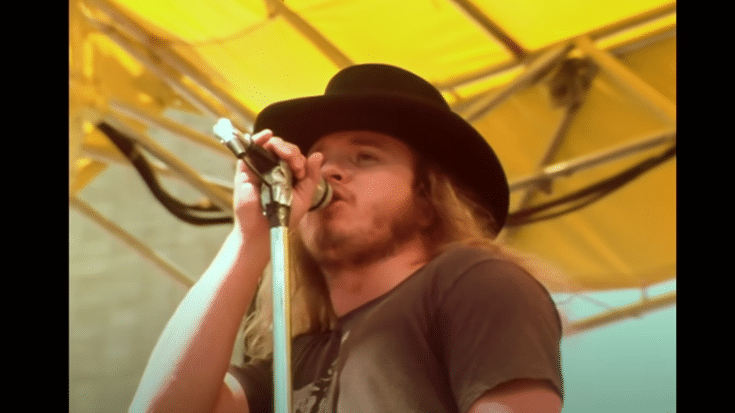 Too Good For Words

Lynyrd Skynyrd played their classic hit “Sweet Home Alabama” on July 2, 1977 at the Oakland Coliseum Stadium in Oakland, CA. This was three months before the tragic plane crash that claimed the lives of Ronnie Van Zant and Steve Gaines, and backup singer Cassie Gaines.

“Sweet Home Alabama” was their second hit single, peaking at #8 on the US Billboard Hot 100. Written by Ed King, Gary Rossington, and Ronnie Van Zant, it served as their response to Neil Young’s “Southern Man” and “Alabama” songs. Their feud is nothing serious. In fact, they’re mutually in awe of each other. Ronnie Van Zant even wore Young t-shirts during concerts.

At a tribute to the three members who died, Young performed this track.

Interestingly, none of the songwriters came from Alabama.

Rossington recalled the writing process in an interview with Garden & Gun. He said, “I had this little riff. It’s the little picking part and I kept playing it over and over when we were waiting on everyone to arrive for rehearsal. Ronnie and I were sitting there, and he kept saying, ‘play that again’. Then Ronnie wrote the lyrics and Ed and I wrote the music.”

Check out their live performance below.