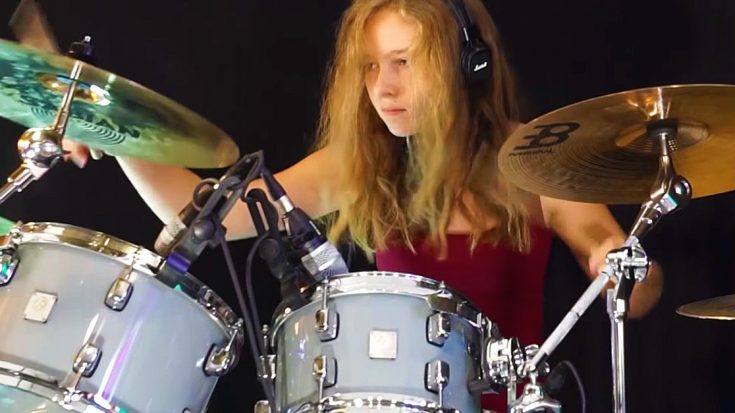 Okay, so at 17 years old, YouTube drum sensation Sina is officially much, much cooler than I was at her age. Currently in her 7th year of drumming, Sina grows even more talented with each passing year and while she’s admittedly a tremendous fan of classic rock legends Toto, it looks like Sina’s got a bit of a soft spot for all things Southern rock and judging by the cover you’re about to watch, she certainly does it justice.

Her cover of “Sweet Home Alabama” by Southern rock legends Lynyrd Skynyrd is just as rockin’ as we knew it would be; delivering nearly 6 minutes of rock solid stick work, Sina’s take on this classic is not only impressive, but incredibly fun to watch as her performance makes you appreciate the artistry that went into crafting the original version heard on Skynyrd’s 1974 album Second Helping as well as the immense skill and control required by a drummer, especially one Sina’s age, to unlock the full power of Lynyrd Skynyrd’s unique rhythm section.

Even better is how incredibly at ease she is behind her kit, showing us that this drumming powerhouse is not just a force to be reckoned with, but a normal kid with an intense passion for music and an impossibly bright future ahead of her.

Check out one of Sina’s coolest moments ever in the video below!