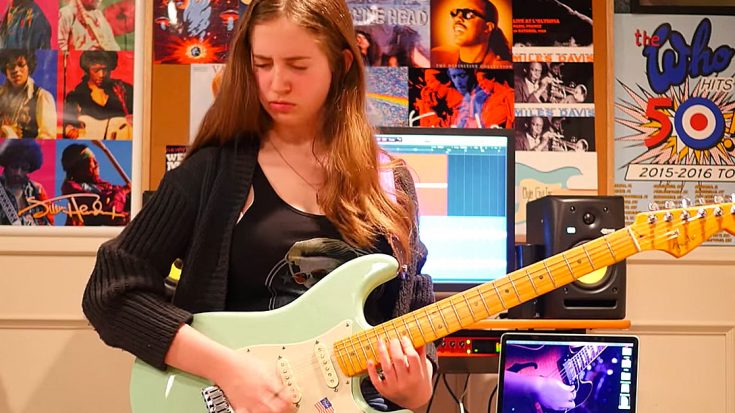 Mark my words: Ayla Guitar is going to accomplish some great, great things in 2017 with that Fender Stratocaster in her hands! At only 15, Ayla is relatively new to the world of YouTube covers and in the past year has only put up a handful of videos before closing out 2016 with a guitar cover of Stevie Ray Vaughan’s “Pride And Joy” that’s since been making the rounds on social media, giving the Canadian teen much deserved exposure.

Fun Fact: With 3 years of serious playing under her belt, Ayla’s already amassed quite a few accolades for her musical ability, including three back to back scholarships to the Berklee College of Music in Boston.

Though the video you’re about to see is fairly short with a total runtime of about 1:40, that’s all the time Ayla needs to show you what she’s capable of with a guitar in her hands; equal parts technical skill and genuine passion, this talented young lady pulls “Pride And Joy” from her guitar like she’s been doing it her entire life, even busting out her own brand of “guitar face” during particularly gnarly passages.

If at only 15 Ayla is capable of tackling Stevie Ray Vaughan’s catalogue without breaking a sweat, we can only imagine what the next few years have in store for her. Killer job, Ayla!