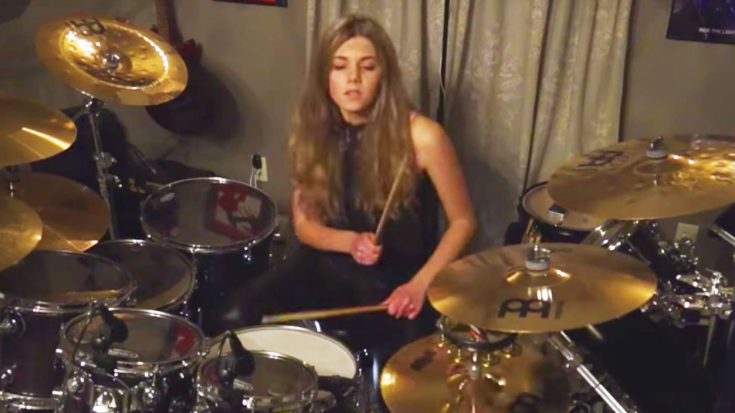 Metallica’s recent album has been a pretty good success! It’s been well received by fans, the band has jumped back into relevancy and they’re about to go on a mega tour across the United States, and possibly world.

One impressive aspect of the album, are Lars Ulrich’s drum parts! Lars actually sounds pretty fantastic on this record, and has received a ton of praise. His skill shines through on the song “Moth Into Flame!” Many have taken the initiative to cover this song on the internet, and the best cover we’ve found so far is this one from 13-year old Brooke C. Brook sounds phenomenal on this cover, and crushes this song! She could definitely give Ulrich a run for his money! In fact, if Metallica were ever looking for a replacement for Lars, they might want to look for Brooke! Her work on the double bass is masterful, and she does a great job of perfecting the fills to a T!

Fun Fact: This song is inspired by the way so many people in modern society live every day striving to be loved. The phrase “like a moth to the flame” means to be irresistibly attracted to someone or something. The term comes from the way moths appear to be compelled to fly around artificial lights, although the reason for this behavior remains unknown.

Have a look at Brooke’s amazing cover down below and let us know what you think!