12-Year-Old Plays This Guns N’ Roses Classic, And It’ll Blow You Away 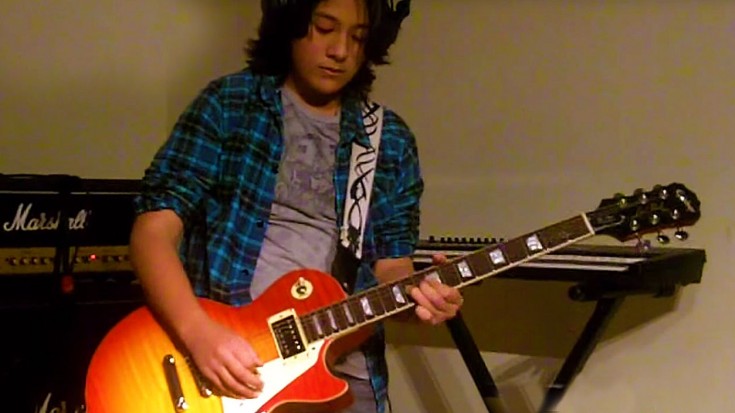 If This Is Where Rock And Roll Is Going, Sign Us Up!

Kids like Stefanos Alexiou are trading video game controllers for guitars, and judging by this killer cover of Slash’s ‘November Rain’ solo, it’s paying off because he’s absolutely incredible! At the time this video was filmed, Stefanos was only 12 years old but played like he’d been born with a guitar in his hands, even going so far as to add his own personal touch in the form of an improvised solo at the end of the video.

It’s rare to see a guitarist who pours their heart and soul into what they’re playing, and even more so to see it in someone so young – in this instance, Stefanos is a cut above the rest!

Fun Fact: Stefanos has been playing since he was 9 years old, and his rendition of Jimi Hendrix’s ‘Little Wing’ was even featured on the YouTube channels of Joe Bonamassa and Steve Vai!

Now 15 years old, Stefanos is still fiercely pursuing his passions as a guitar player, and we can’t wait to see what exciting things are on the horizon for him. Who knows – maybe one day Guns N’ Roses will need another guitarist…