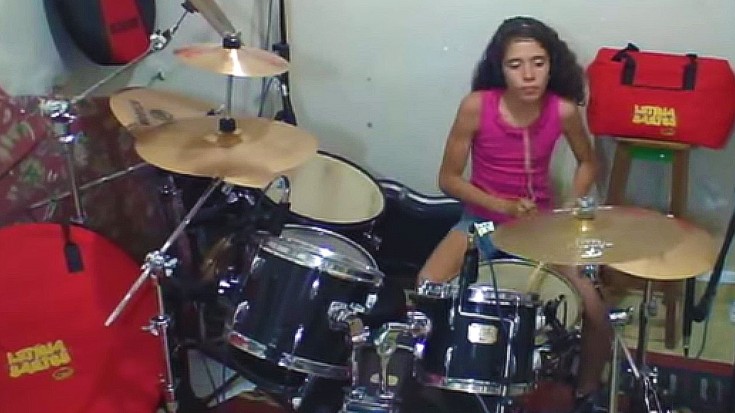 Canadian progressive rock band Rush isn’t an easy one to cover – in fact, drummer Neil Peart’s drum fills are among some of the most complicated that rock music has to offer, placing him among the ranks of John Bonham, and Keith Moon in terms of the sheer level of skill that goes into creating music for Rush. However, 11-year-old drummer Leticia Santos has managed to nail what takes seasoned drummers years to replicate in this cover of Rush’s ‘Tom Sawyer’, and understandably, it’s her claim to fame!

Fun Fact: These days, Leticia is 15 and enjoys a successful and fun career drumming with her band in her native Brazil!

She’s absolutely fantastic – beyond the mile wide grin stretched across her face as she plays, Leticia is incredibly gifted; she navigates those Peart fills almost flawlessly, and while she does add her own flavor in the form of substituting hi-hats for ride cymbals in certain places, her rendition stays remarkably true to the original. If this performance is any indication of what’s in store for Leticia as she gets older, then we have zero doubt that her talent will take her to some pretty incredible heights!