11 Behind The Scenes Stories From The Heyday Of The Eagles 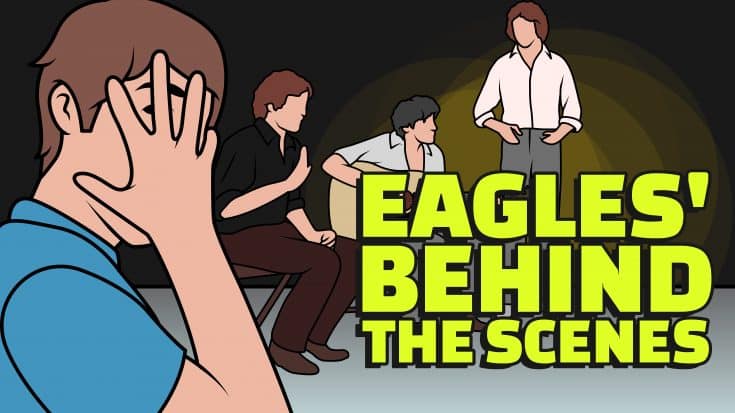 The Eagles lived life on the fast lane, that’s for sure. But more than churning out classic hits, they were also known for their hedonistic lifestyles. Here are the craziest stories in their career:

11. Joe Walsh and his stripper girlfriend allegedly blew up coke in each other’s butts.

10. Don Henley was arrested after a prostitute overdosed in his house.

In 1979, he was charged with contributing to the delinquency of a minor after a 16-year old prostitute had a drug overdose while attending a party at his LA home. He got two years probation and had to pay a small fine.

Cocaine, marijuana and quaaludes were seized at the site.

One time, Belushi wanted to show Walsh around the fine restaurants in Chicago. When they arrived at the restaurant, maitre d’ refused to have them seated because they were wearing blue jeans – even after Belushi allegedly tried to bribe her $300. The pair spray painted their pants black and so they got in. But they ended up ruining the fancy upholstered chairs.

On the same night of the spray paint incident, they trashed a room at the Gold Coast hotel. Glenn Frey declared, “And so that night, with a bunch of glee, [Walsh and Belushi] set about to set the world record for room trash.”

Leadon is a founding member of The Eagles but when they were transitioning from country rock to arena rock, he wasn’t too happy about it. And so he quit the band in the most rock ‘n roll way – by pouring an entire bottle of Budweiser and telling Frey, “You need to chill out, man.” He then walked out.

6. They had after-show parties they dubbed as “The Third Encore”.

It’s no secret that they partied hard. In fact, they would designate a large suite in the hotel where they’re staying as “The Third Encore” – a place where the infamous after-gig parties happened. Those in attendance aside from the band members include their entourage, friends in the industry, locals, and according to Glenn Frey “and as many beautiful girls as we’d meet from the airport to the hotel.” He even added that “Led Zeppelin could argue with us, but I think we might have thrown the greatest travelling party of the 70s.”

5. They almost went to jail in the Bahamas.

They were in the middle of their tour in 1974 and had two days off so they decided to travel to the Bahamas and gamble. Although they agreed not to bring anything, Glenn Frey recalled to Rolling Stone: “Turns out everybody except Don and his girlfriend had some kind of dope on him. Irving, on the plane over, took twenty Valiums and put them into a sugar package and stuffed them in his shoe. I put half an ounce of marijuana and my boot.” When they arrived, customs searched them and were brought to private rooms. Frey was convinced they were going to end up in jail. Then he was surprised because “Irving comes out of the search room five minutes later gives me a wink. Then he walks out scot-free. Now I don’t know what the fuck is happening. Next thing the two assistants are walking toward the door, saying ‘Well, that’s it, chief.’ They search Don, skip me and let us all go.”

Frey further explained, “Here is what happened. Irving, when he got into the search room, reached right into his boot, pulled out the Valiums and said, ‘This is what you’re looking for from me . . . I don’t have any prescription bottle with me, but my father is a pharmacist.’ Then he pulls out a fistful of twenties, our gambling money [$5000]. They wouldn’t take his money. So Irving, on a moral level, did the great sales pitch of all time. He said, ‘Now you guys look like young guys. There’s a kid out there with a blue shirt on who has gold records all over his wall; he’s a rock star. He’s just got a couple of joints with him. If you bust him here, he can’t play in the U.K., Australia, Japan. He brings such enjoyment to people and you’re gonna end his career.”

4. They gave Joe Walsh an unusual birthday gift – a chainsaw.

It was manager Irving Azoff who thought it would be funny to give him a chainsaw but Azoff told Wash to just leave it at home. And of course, he didn’t. Walsh revealed, “I joined the Eagles and I took it on the road. One night we checked into a Holiday Inn and he and I were supposed to have connecting rooms. But we didn’t. So I started up the chainsaw and made my own door. And I walked through it and said, “Hey, we have connecting rooms now!” Irving never dreamed I’d use it. But now he knows about that.”

3. They partied harder than Black Sabbath.

It’s no secret that heavy metal titans Black Sabbath lived life on the fast lane during their heyday. The Prince of Darkness Ozzy Osbourne himself admitted that “drugs became part of Sabbath”. They recorded next to The Eagles during the latter’s “Hotel California” sessions at Miami’s Criteria Studios. They were too loud for The Eagles but when it came to parties, The Eagles could not be outdone. Black Sabbath bassist Geezer Butler recalled the time he went into the studio after The Eagles left, “Before we could start recording we had to scrape all the cocaine out of the mixing board. I think they’d left about a pound of cocaine in the board.”

2. Security had to break up a fight among the members backstage.

“Take It to the Limit” was a huge hit for The Eagles. Aside from its commercial success, fans eagerly waited the first encore when Randy Meisner would take over the lead vocal duties for the song. But Meisner was getting sick of it and his bandmates. Things came to a head during their gig at the Knoxville Civic Coliseum in Tennessee. Meisner told biographer Marc Eliot, “We’ve been out for a total of eleven months and everybody was starting to feel the strain. My ulcer was starting to act up, and I had a bad case of the flu as well. Still, we all sounded great onstage, the audience loved the show and we were being called back for another encore. ‘No way,’ I said. I was too sick, and generally fed up. I decided I wasn’t going back out.”

Glenn Frey allegedly called him a “pussy” so Meisner took a swing at him. Security had to step in and pull them apart.

1. They took so much cocaine.

The Eagles reportedly toured carrying fridges full of cocaine. Biographer Marc Eliot even wrote that snorting cocaine “eventually destroyed the lining of Frey’s nose, which he had to have surgically repaired twice, the second time with Teflon to replace the mucous membranes.” Glenn Frey said, “When we first started snorting coke it was like a writing tool. Do a couple bumps, kinda get started talking about stuff, get yourself going and launch into some sort of idea for a song. But in the end cocaine brought out the worst in everybody.”